“We are thrilled to have these new members join our board,” said Board Chair Donna Moore Campbell. “Their backgrounds bring different perspectives and skill sets and we look forward to their input as we continue to position Midway University for the future.” 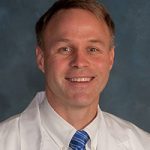 Dr. Everett “EJ” Horn, Versailles, Ky.
Dr. Everett J. Horn practices medicine in Frankfort, Lawrenceburg and Versailles and serves as the chief medical officer for the Frankfort Regional Medical Center. His specialty is obstetrics and gynecology. In 1989 EJ graduated with High Distinction from the University of Kentucky College of Medicine. He received his master’s in business administration from Midway College in 2009.

He is married to his wife of 31 years, JonAnn who is a principal at Brookside Elementary in Nicholasville, Ky. They have two sons Adam, 27, and Austin, 21. 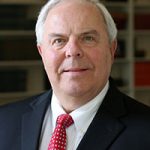 Herbert A. Miller, Jr., Lexington, Ky.
Herbert A. Miller, Jr., of Lexington, Ky. is the president and chief operating officer of Columbia Gas of Kentucky. A graduate of the UK (1972) and its College of Law (1976), Miller has served on numerous civic and charitable boards: Salvation Army, Red Cross, Triangle Foundation, Lexington Industrial Foundation, Prichard Committee, REACH and the LFUCG Board of Adjustment.

He resides in Lexington with his wife, Cyndy Harbett Miller, who recently retired from her teaching duties at the UK. They have three children and one of his sons received his MBA from Midway. 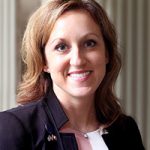 More Than a Bakery in Versailles, affiliated with the Richmond Baking Company, serves as a manufacturing company which provides cookies, crackers, crumbs, and inclusions to customers ranging from Fortune 100 companies to smaller, regional businesses.

Quigg earned her bachelor’s degree in behavioral science from Indiana University and a degree in organizational leadership and supervision from Purdue University. Felicia and Bill are the proud parents of three girls.

Kiss bringing ‘End of the Road’ farewell tour to Louisville next March
Stellar services by foot, freight or flight