It’s February. Getting closer to spring but still winter, which can seem to linger longer than we’d like. And after being cooped up for a while, it’s good to get some fresh air, even if it is cold. Some folks need to rock’n’roll into an activity, get the ol’ body in gear and embrace that adrenaline rush. While for others, just hopping into the car and taking a drive in the country – perhaps to admire Mother Nature’s creation – can satisfy.

Whichever type you are – or even somewhere in between – Kentucky has a myriad of choices to lure you outside until spring sunshine warms the earth. Following are a few suggestions.

Chances are good you could be rising with the chickens at Blue Wing Landing on the Kentucky River in Owenton. Specializing in guided deer and turkey hunting, Blue Wing Landing Outfitters leads day and night trips that generally last about four hours.

His focus was inspired by the comments of a childhood friend’s parents. The friend had passed away during military training, and at his funeral the great percentage of photos were of the young man on the Blue Wing Landing property, happily pursuing an activity he’d loved. In the eulogy, his parents remarked as to how his hunting experience had grown the young man’s confidence and had helped him mature.

“That’s when we honed in on our focus,” says Martin. “We’re here to get people back in the woods, whether it be for hunting or hiking.”

However, surprisingly, the company’s most popular activity takes place on the water. It’s bowfishing. Turns out Kentucky is one of the leading states in types of fish – 29 – that can be shot bowfishing. Those include the invasive Asian carp, bowfin, buffalo, catfish, gar, drum, koi, paddlefish, et al. Four-hour trips with licensed guides can familiarize you with the growing sport.

A pretty 1850s lodge that’s been updated with comfy modern conveniences and is on the National Historic Register houses hunters and fishermen. In the offseason, it’s an Airbnb available for family gatherings, corporate meetings and retreats, with kayaks and paddleboards to boot.

If you’re looking for heart-pumping play, head to Eastern Kentucky’s 29,000-acre Red River Gorge, a National Natural Landmark and total nirvana for rock climbers, hikers and those who just love the outdoors. Rife with sandstone cliffs, natural bridges, rock shelters and waterfalls, “the Red” is open for visiting all year, as is its thrilling Red River Gorge Zipline, where you can speed at 55 mph, 300 feet above the Gorge. Ya-hoo! And less than an hour from Lexington.

Near Natural Bridge State Resort Park, the attraction’s two-hour treetop canopy tours – fun for all ages – began in 2011. The tours view three sky bridges and offer five lines, ranging from a few hundred feet to 1,900 in length. The maximum number of participants for each tour is 12 and you can drop in, but reserving ahead is a good idea. And if groups want to stay awhile in this gorge-ous area, the zipline folks can steer you to some dandy lodging packages.

Just down an Appalachian road a piece in Bell County, you can hike a mere third of a mile and discover a legend in Pine Mountain State Resort Park.

A part of mountain folklore, an enormous rock outcropping looms, an apparent menace for years to the town of Pineville below. However, local children were told they were safe because the boulder had been “chained.” It actually was not chained until the 1930s, when the newly formed Chained Rock Club secured it with a gigantic chain. These days, hikers can ogle the big chain in awe and revel in majestic views of the surrounding Cumberland Mountains.

Give your soul a rest and spend a night or two in the park’s stone-and-wood lodge at Kentucky’s first state park. Or plan your next corporate retreat around real blood-pumping team building on the zipline. Three separate lodges offer a total of 39 rooms. Plus there’s a conference center, dining facilities and activity center. All include beautiful mountain vistas.

For the drive-through-the-country fans, a real natural treat awaits at the West Kentucky Botanical Garden in Owensboro. Here you can meander through 10 well-established themed gardens – Butterfly, Rose, Daylily, Iris, Herb, Fruit and Berry, Takahashi Japanese Memorial Garden, Moonlite Children’s Garden, Ericaceous (heather) Garden, and an Ornamental Grass Garden. There’s even a Daylily Sale Garden, so you can take a memory home to beautify your own yard.

While there, be sure to check out the 16-foot, 2,500-watt Smart Flower – the first of its kind in the state – with 12 solar petals that collect energy to power the garden’s facilities. Pretty cool! And a 21-foot-high, memorial garden basket sculpture doubles as a sundial and equinox and solstice calendar, casting its shadow on the grass.

An 1890s Country Doctor’s Office contains an intriguing display of herbal medicines in use at that particular turn of the century. A number of buildings throughout the gardens can be rented for luncheons, meetings and receptions.

Call ahead to reserve your lunch at the Garden Cottage for the Walks & Talks program.

For more info on the commonwealth’s natural offerings, check out the KY Tourism website, kentuckytourism.com. 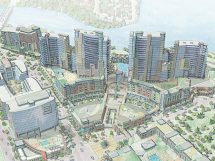 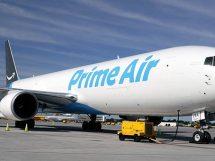 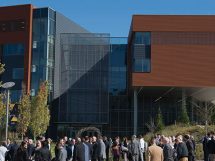 Emerging Lane | Who Wants to Write a Book?