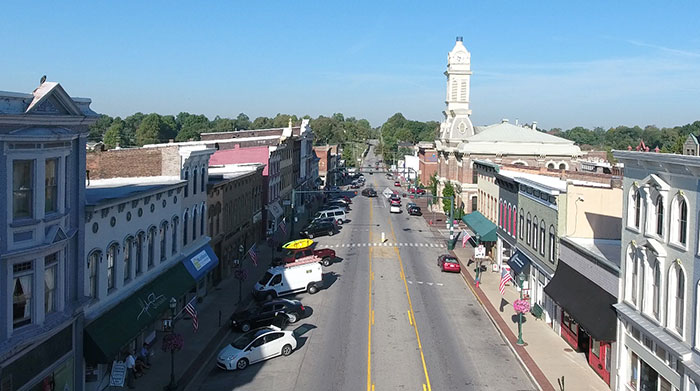 GEORGETOWN, Ky. — Georgetown/Scott County Tourism spent a very busy 2018 bringing visitors to its many attractions and lodgings. It raised its profile among social media users and motor coach operators by hosting travel media, organizing events and proactively spreading the word about the city as an enticing destination.

“We have a lot to show off here in Scott County, and more and more visitors are finding their way to us and experiencing our lodgings, unique and award-winning attractions, shops and restaurants,” said Lori Saunders, executive director of Georgetown/Scott County Tourism. 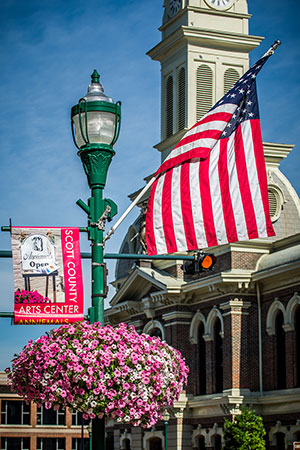 “Our hardworking Georgetown/Scott County Tourism staff also manages Celebrate Georgetown, which promotes our historic downtown and encourages people to not only shop local, but to dine and play local too,” said Georgetown Mayor Tom Prather. “Their efforts have helped to enhance and elevate our downtown’s visibility and profile and to give our downtown merchants a tremendous boost.”

Georgetown reached visitors via targeted advertising (all large increases from 2017), including 1,640 radio spots, 1,210 television spots and 47 insertions in such high-profile publications as Southern Living, AAA, Dreamscapes Magazine, Long Weekends and others, and participated in 10 digital campaigns, including sponsored content with Real Food Traveler. An average of 42,520 visitor brochures were distributed via welcome centers, travel shows and events, among other channels. This included brochures requested by mail from potential visitors from the United States and Canada, with the top requests coming from Ohio, Michigan, Florida and Indiana.

Additionally, Georgetown/Scott County Tourism’s website had visitors clicking in from all 50 states plus the District of Columbia and 127 different countries, for a total of 114,852 page views that represented a 61.8 percent increase in traffic since 2017. Fifty-five percent of visitors accessed the website through a mobile device. Georgetown’s social media efforts were rewarded with 2,470,486 impressions and a following of 17,272 and growing for Facebook, Twitter and Instagram, representing a 24.1 percent increase in total followers.

Georgetown capitalized on its starring role in Nick Allen Brown’s novel, Field of Dead Horses, by hosting the author for a weekend of well-attended events. The Gtown Unwound blog was revamped/refocused to further build reader engagement and included producing 24 locally slanted posts. The “Downstream” production team came to Georgetown during the inaugural Elkhorn Float Fest to film an episode for KET, the largest PBS affiliate in the nation. “Georgetown KY – Elkhorn Creek, Bourbon Blending and Local Feeding” aired numerous times on both KET and KETKY in December 2018 and continues to air in 2019.

Georgetown began 2018 by being selected for inclusion in Vanessa Caceres’ Jan. 18 “Best Small Towns in the South” roundup written for U.S. News & World Report, which has a readership of 20 million plus. Georgetown arts attractions and foodie appeal were covered in two separate newswire stories that were published in outlets across the country and Georgetown events and attractions were covered each season in editorial in two print magazines. The year closed with Georgetown attractions and holiday events being covered in seven blog posts, three magazine websites and a print publication – all of which were further boosted across social media channels. Tracked editorial coverage resulted in an earned media value of $11,301,638.52.

“We expect our visitor numbers to continue to increase as we maintain and expand our efforts to reach a wider visitorship and potential visitors continue to learn about Georgetown and what it has to offer,” said Saunders.