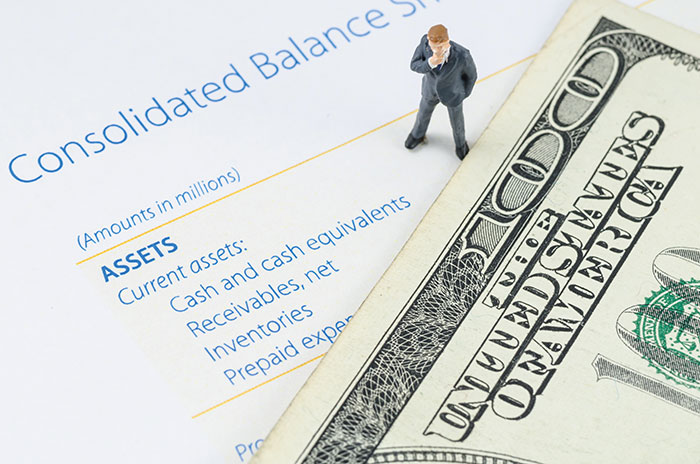 Consolidation is the main factor at work. The reasons for that consolidation are myriad and varied, ranging from reducing costs to growing deposits to combining resources in order to keep up with bigger banks.

For the most part, the consolidation in Kentucky’s banking sector mirrors that seen nationwide. Between 2010 and the end of 2017 – the most recent data available – the number of FDIC-insured commercial banks in the United States declined 24.6 percent.

Ballard Cassady, president and CEO of the Kentucky Bankers Association, said this consolidation is part of a natural evolution of the industry.

In 2018, however, there was one in-state deal and four involving out-of-state banks buying Kentucky institutions. That’s new, but Cassady said he isn’t particularly alarmed.

From 2014 through early 2019, KBA statistics show 11 out-of-state banking entities have purchased or merged with Kentucky banks, while no Kentucky banks have acquired peers in other states.

Charles A. Vice, the commissioner of the Department of Financial Institutions, said the trend of in-state banks being bought by outside institutions is one his department has noticed and one he has been expecting.

“Now that the economy is good and the banking industry is profitable again, I don’t want to say the in-state transactions are done, but I do think you will see a lot more out-of-state companies looking at Kentucky to come in and acquire,” Vice said.

Why? Vice said as smaller and mid-size banking organizations look to reduce costs and increase economies of scale in order to compete with larger banks and online-only institutions, Kentucky banks are attractive because of the health of their balance sheets, are relatively inexpensive because they tend to be smaller, and because succession concerns among aging management and board members at banks in Kentucky have them looking at future plans.

Buyers’ due diligence is simpler

“A lot of our banks are older,” Vice said. “Many banks are family controlled or tightly controlled, not publicly traded, and as ownership ages some estate planning has to take place. As boards and management teams age, it’s the same thing. They’ve got to look at who’s next, and if an offer comes along and it’s relatively attractive, you get sales.”

Additionally, Vice said Kentucky banks tend to have less complicated balance sheets. This makes the due diligence process easier for any potential acquirers. Loans typically make up 50 percent to 75 percent of Kentucky bank balance sheets, Vice said. Within loans, most are secured by small multifamily or residential properties or commercial property. And in terms of commercial loans, they tend to be straight real estate loans, as opposed to more highly leveraged commercial and industrial lending and acquisition and development lending.

Kentucky banks also have a lot of core deposits, or deposits from customers that have long-term relationships with their banks. These relatively high levels of core deposits make in-state banks more valuable to potential acquirers because adding those deposits to their own often makes the acquiring banks’ balance sheets less risky, and lowers the amount they have to pay for insurance through the FDIC.

And compared with other states, Kentucky banks have high levels of capital relative to their risk-weighted assets. This so-called Capital Adequacy Ratio measures the amount of core capital a bank has – for instance common stock, reserves or retained net income – and expresses it as a ratio of its assets, such as loans. Since some loans are more risky than others because of the nature of the loan or the collateral securing it, the Basel Committee on Banking Supervision developed the CAR based on a risk-weighted measurement of assets.

Cassady said that high capital ratio actually works against Kentucky banks from a tax perspective. He said high taxes on Kentucky banks relative to other corporations in the state and banks in other states is a major factor why Kentucky banks are being bought by, rather than buying, banks in surrounding states.

The playing field, he said, is not level.

The average bank in Kentucky pays an effective tax rate of 13.30 percent, which includes the state bank franchise tax on net capital and any local deposit taxes. Corporations in the state, meanwhile, pay a straight income tax of 6 percent.

New regulations following the 2008 financial crisis raised the amount of capital banks were required to have with an eye toward making them more able to withstand losses, but they also effectively increased taxes on Kentucky banks since they pay taxes based on net capital. In the same way that Kentucky banks’ healthy balance sheets work in their favor from both risk and potential acquisition standpoints, that high capital ratio costs Kentucky banks more in taxes.

Corporations in Kentucky also pay taxes on net income. The KBA has been working with state leaders to reduce the disparity between what banks pay in taxes and what other corporations in the state pay.

Cassady said the KBA estimates that Kentucky banks pay, on average, 92 percent more in taxes than any other corporation in the state because of this uneven taxing system. For some smaller banks, the disparity is much higher.

This leaves Kentucky banks less money to potentially acquire banks in other states. Additionally, when an out-of-state bank buys a Kentucky bank, the assets then belong to the out-of-state bank and generate tax revenue for that state. The end result is not only a loss of tax revenue in Kentucky, but can also lead to fewer assets being put to work in local communities.

The KBA estimates that over the past five years, Kentucky has lost $791 million in assets that used to be controlled by banks in the commonwealth but are now controlled by out-of-state banking institutions. The potential loss in tax revenue for the state is about $8.7 million, according to the KBA estimates.

And, when banks combine, job losses tend to follow. Cassady said accountants have told the KBA that when banks merge there tends to be a 35 percent reduction in personnel over three to five years due to redundancies.

Vice said there are other drawbacks to having fewer banks generally, and fewer locally controlled banks in particular. Many of the institutions that have closed in Kentucky are in smaller, insular communities, he said.

“I think that’s going to have an impact going forward on the economic viability of some of those communities if you don’t have a financial institution that’s invested there, that has decisions being made in that community that are in the best interests of that community.

“I don’t want to give the impression that large banks are bad or that they make bad decisions. Instead, it’s just really a shift and a change in the focus from the local community to a profit-center area,” Vice said. “Over time that’s going to be the biggest impact. Some of these towns and communities that are potentially struggling now are going to be struggling even more at the next economic recession because they don’t have that local institution that has a vested interest in that local community.”

The only way to mitigate this is with new banks, but annual applications for new banks have been way down since the 2008 recession. Between 1997 and 2009, the FDIC recorded an average of 143 new bank charters per year nationally. Between 2009 and mid-2016, the most recent figures available, the FDIC recorded a total of seven new charters annually. Last year the number of new charters jumped to 21, still far below historic averages.

Part of the reason for this is that upfront costs to start a bank, such as personnel and capital requirements, have gotten higher, Vice said. For someone thinking of starting a bank, it may be easier to buy an existing bank or banking group instead.

Vice said what may happen over the long-term, if this lack of new banking charters continues along with the consolidation trend, is the United States could end up with a banking system where five or 10 mega-banks serve everyone. In the past, business in the U.S. has benefitted from a dual banking system, with larger institutions and mid-size and regional banks.

The effects of online banking aren’t clear yet either, but the convenience and speed they offer is one factor driving smaller banks to consolidate. Developing the apps and other technology necessary to attract millennials is expensive.

And then there are the credit unions, which have been on a bank-buying spree of late. Last year there were nine announced deals in which credit unions bought whole banks. One of those was in Kentucky: American Founders Bank in Louisville was purchased by Evansville (Indiana) Teachers Federal Credit Union. It was the first time an out-of-state credit union had purchased a Kentucky bank.

Chris Clair is a correspondent for The Lane Report. He can be reached at [email protected]