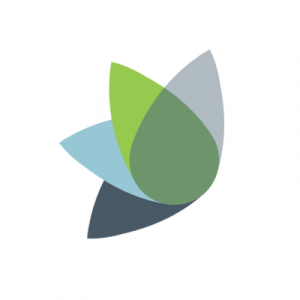 LOUISVILLE, Ky. — Poplar Ventures today announced the launch of a new venture capital fund, Poplar Ventures L.P., focused on investing in early growth stage, cloud based software technology companies in middle America. The initial closing raised $17 million, with plans for a final closing in the second quarter of this year.

Poplar Ventures is led by Founder and Managing Partner, John Willmoth, a veteran corporate development executive and investor in numerous technology based companies throughout his career.

“I’ve had the good fortune to be part of the early management team at Nextel Communications when it grew revenues from a few million to $15 billion over a 17 year period,” said Willmoth.  “I believe the lessons learned from that experience give me a unique perspective when working with entrepreneurs building their own organizations.”

A native Kentuckian, Willmoth has been investing through Poplar Ventures as well as serving as a venture partner with Chrysalis Ventures for the past 12 years.  His investments have concentrated on software technology, including an investment in Zirmed, Inc., where he served on the board for ten years until the merger in late 2017 into Waystar, Inc.

“The software technology industry changed dramatically over the last decade in a way that has been beneficial for new entrants,” said Wilmoth. “The combination of a shift to the delivery of software services via the cloud with a subscription-based billing model, and the ability to integrate disparate pieces of software easily and efficiently has changed how software is developed and consumed; I refer to it as the democratization of technology.  Now more than ever, great technology companies can emerge anywhere.”

The geographic focus of Poplar Ventures is broadly defined as middle America.  Previous Poplar investments have been in Louisville, Chicago, Indianapolis and Atlanta, among others.

Willmoth adds, “I really don’t believe in being geographically constrained as an investor, but I do like companies in middle America.  Our first investment in this fund is in SkuVault, Inc., a provider of cloud-based inventory and warehouse management solutions based here in Louisville.”

Investors in the fund are successful business people from a variety of industries, and included in that group are a handful of C-suite software executives who will provide input and guidance to Poplar Ventures portfolio companies.

“It was really important to me to have value added limited partners who can be a resource to the fund and the portfolio companies”, said Willmoth.  “I am extremely pleased with the investor group to date and have a good pipeline of others who I expect to join at the final closing.”