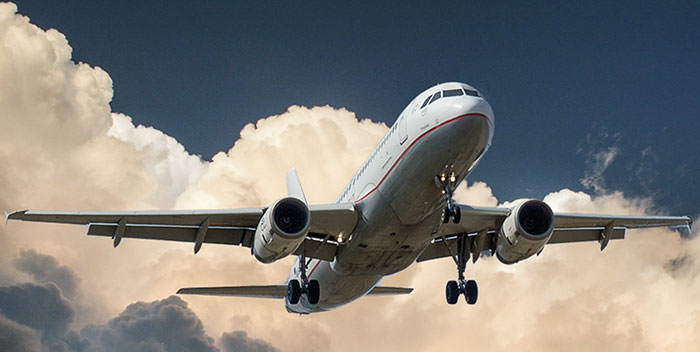 Nearly every time I meet with individuals across the state, I get the same looks of surprise, wonder and confusion at the incredible things being done in Kentucky aerospace. In fact, Kentucky exports in aerospace are so large that not only is it currently the state’s top export, but we are also third in the United States, behind only Washington state and California! Yes, you read that right. In 2017, Kentucky had $11.7 billion in aviation and aerospace exports. We are even bigger than Florida and Texas; I guess everything isn’t bigger there.

In 2015, data showed that Kentucky had $8.7 billion in aerospace exports. At that time, our state government was just as surprised as anyone, but they didn’t waste any time trying to figure it out. They passed House Joint Resolution 100, which mandated the Kentucky Transportation Cabinet, the Cabinet for Economic Development, and the Kentucky Commission on Military Affairs to study the who, what, and why of the aerospace industry, its economic impact, and the path forward for continued growth.

The study was completed in September 2017, and through it, we learned that this thriving industry consists of over 600 companies across Kentucky that employ 17,000 people. These companies range from airfield operators, service providers and approximately 120 manufacturers.

Many people hear this news and think, “Why Kentucky?”

My response is always quick and with a slight smile, “Why not?”

Kentucky is a logistical dream for aerospace companies

We have three major shipping hubs that can ship any product anywhere in the world, while most states have zero. Our logistical hubs ship more than 2.1 million packages every single day. We are a day’s drive from 65 percent of the U.S. population, and we have numerous interstates and rails that send many tons of products and packages daily. This means that Kentucky is a logistical dream for companies looking to grow and expand their business.

We have some of the major players in aerospace, including Raytheon, Lockheed Martin, Belcan, Safran, Meggitt and GE Aviation. We also have the UPS Worldport, DHL Express and Amazon Prime Air. Chances are good that whenever you fly in an aircraft and land anywhere in the world that the carbon brakepads were made right here in Kentucky. Just ask Philippe Garnier, president of Safran Landing Systems.

“A big part of the carbon disks sold by Safran Landing Systems is produced in Northern Kentucky at our Walton facility,” Garnier said. “The site produces all the Boeing 767, 737 and 777 disks as well as fair part of the Airbus A320 disks. We also support the U.S. Air Force and the U.S. Navy for the following platforms: C17, KC135, E6 and P8. Every year, we produce and ship about 125,000 disks to support the airplanes mentioned above. With our current expansion, we will increase that number to 165,000 disks per year by 2020.”

Aside from those larger manufacturers, we have more than 100 other small- to medium-sized businesses, some of them doing things that aren’t being done anywhere else in the world.

Through the study, we found that there is a shift occurring in the U.S. aerospace industry off the West Coast and into the Midwest and South. This migration is similar to what the automobile industry did decades ago, decentralizing out of Detroit. Moves like Boeing to South Carolina, Airbus to Alabama, Gulfstream to Georgia, and others,  demonstrate that these major companies are looking for states with lower energy costs, business-friendly regulations and taxes, lower costs of living, and right-to-work legislation.

Because of our large export capability and geographical location, Kentucky has become a global aerospace leader. Many of our aerospace companies are also automobile suppliers who have diversified their business structure by gaining aerospace quality standard certifications and competing for business from aerospace companies. In Eastern Kentucky, American Metal Works (AMW) used to manufacture components for the coal industry. As coal declined, AMW gained their AS9100 quality certification and is now competing for business with Lockheed Martin. Highlands Diversified used to primarily manufacture satellite dishes, but as that industry declined, they began to manufacture interior components for commercial aircraft. Kentucky companies are quickly recognizing the tremendous opportunities in aerospace and are scrambling to add capabilities within their business.

We are doing much more than just manufacturing. Take Space Tango for instance. They are one of a handful of entities in the entire world that has its own lab on the International Space Station (ISS). They house and conduct autonomous experiments in their lab on ISS, some from Kentucky, but many that are from companies and research institutions worldwide. As a new batch of experiments are launched, astronauts onboard communicate directly with Space Tango’s president and CEO, Twyman Clements, in Lexington, Ky.

If these stories don’t get you excited about the future, I am not sure what will. The best part is that it doesn’t stop there. Kentucky’s universities are also leading the way in many different fields in aviation and aerospace. The University of Kentucky, University of Louisville, Eastern Kentucky University and Morehead State University all have well-known aviation and aerospace programs. Morehead State’s program is even sending satellites into space. Dr. Ben Malphrus at MSU is about to send a satellite into orbit around the moon.

“We have the great fortune of being an early adopter of nanosatellite technologies at Morehead State University in Kentucky. Our R&D efforts have led to the launch of six small spacecraft that were built in the commonwealth,” said Dr. Ben Malphrus. “The coolest thing, though, is that we are leading a NASA mission called Lunar IceCube that will make its way to orbit the moon to investigate the location and abundance of water ice. It will be launched on the maiden voyage of the most powerful rocket ever built (NASA’s Space Launch System) in 2020. These missions represent incredible opportunities for young people to prepare for careers in aerospace.”

UK is also the lead for NASA’s statewide aerospace workforce and research development programs, Space Grant and EPSCoR, directed by Dr. Suzanne Smith. Space Grant trains hundreds of higher-ed students across Kentucky through internships, fellowships, research and team projects, such as the Owensboro Community College robotics team. EPSCoR develops aerospace research talent and infrastructure in partnership with NASA and industry. Examples are also seen at the University of Louisville in their rocket design team, national champions of the NASA university launch competition in 2017, and in their microgravity 3D printing and materials research experiments on the International Space Station.

So, what’s next? Where does Kentucky go from here? Clearly Kentucky’s aerospace industry has all the pieces needed to continue to grow exponentially. This is only the beginning. We are just now beginning to realize the potential for this industry in our commonwealth. This is a time of rapidly growing technological capabilities where innovations are happening daily to alter the way we manufacture in the future. This opens up the door for innovations at every level, and paves the way for Kentucky to soar sky high worldwide in aerospace.

Stewart Ditto is a retired marine aviator and operations officer with the Department of Defense. He serves as KAIC’s executive director.