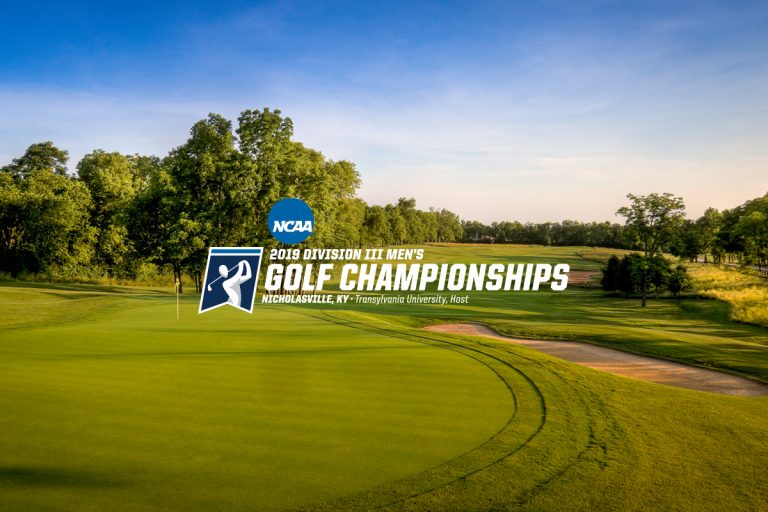 NICHOLASVILLE, Ky. — For the first time since 2012, the NCAA is bringing a men’s golf championship to Kentucky. The 2019 NCAA Division III Men’s Golf National Championships tee off on Tuesday, May 14, through Friday, May 17, at Keene Trace Golf Club in Nicholasville.

Transylvania University, along with the Bluegrass Sports Commission, is playing host to the national championships for the first time in the history of the institution.

However, it’s not the first time the NCAA championships have been held at Keene Trace. The course served as the site of the NCAA Division I Men’s Golf National Championships in 1993. The golf club features two 18-hole courses — the Champion Trace and Keene Run courses.Home of the PGA Barbasol Championship, Keene Trace has also hosted multiple professional, amateur college and open competitions.

Next week’s NCAA tournament format will consist of 42 teams from across Division III, along with six individual golfers from teams that did not receive an automatic berth to the national championships. Transy’s men’s golf team will be among the field, with their 13th straight NCAA appearance. Guided by 15-year head coach Brian Lane, the architect of one of the great men’s golf powers in Division III, the Pioneers have finished in the top 10 four times in the last 12 years, including as the national runners-up in 2012 and 2013.

Beginning with Tuesday’s first round, half the teams will play the Champions Trace Course while the other half will compete at Keene Run. Teams will flip courses in Wednesday’s second round. Following the first 36 holes of play, the top 18 teams on the leaderboard — plus the six individual golfers — will continue into the final two rounds of play, scheduled for Thursday and Friday.