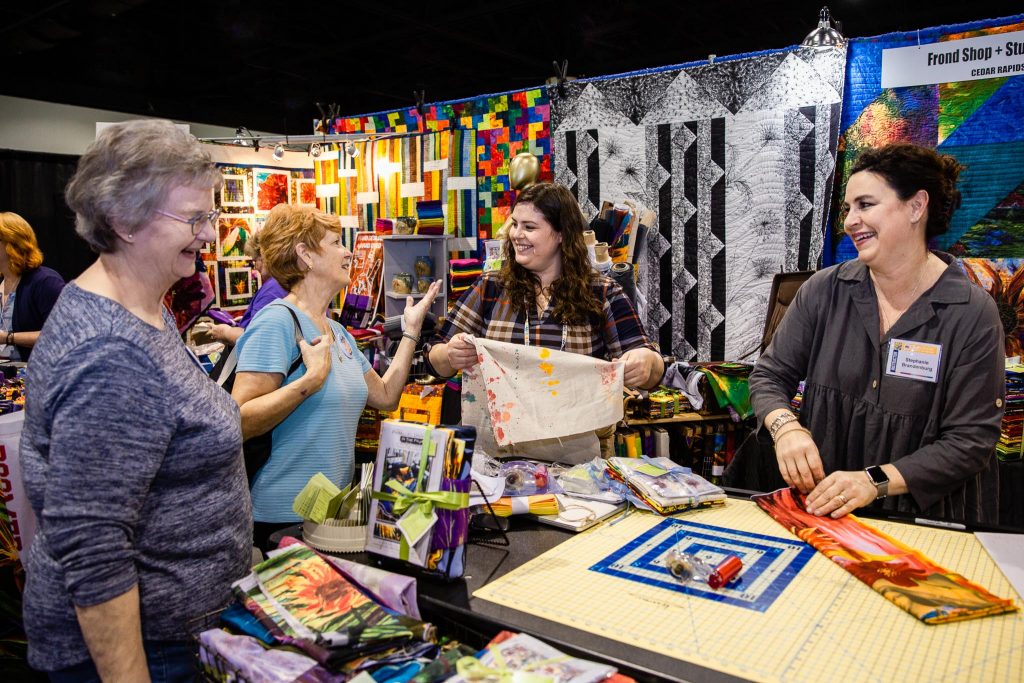 PADUCAH, Ky. — The American Quilter’s Society (AQS), the largest quilting membership organization in the world, has revealed that the 2019 Spring QuiltWeek Show in Paducah generated an economic impact of $25.5 million.

QuiltWeek 2019 drew crowds of 31,000 quilting enthusiasts from 47 states and 11 countries, doubling the population of the town, selling out hotels in the region and supporting the area’s many restaurants and shops.

For the last 35 years, Paducah, known as Quilt City USA, has hosted Spring AQS QuiltWeek. Since 1985, AQS has displayed more than 14,000 contest quilts and awarded more than $3.2 million in cash awards to Paducah contestants and $5.8 million in prize money over the years at all QuiltWeek Shows across the nation.

The Spring QuiltWeek Show was so successful that the society launched a second QuiltWeek in Paducah in 2017, which is held in the fall. AQS is planning a special anniversary celebration during the upcoming Fall Paducah QuiltWeek Show that will include a presentation of the world’s largest quilt cake created by the world-famous Carlo’s Bakery from the hit TLC Show Cake Boss.

The American Quilter’s Society is the handiwork of Meredith and Bill Schroeder, who founded the organization in Paducah in 1984 after recognizing the enthusiasm for quilting across the country. AQS is responsible for making Paducah a premier year-round fiber arts destination. In addition, the society founded the National Quilt Museum, made the Schroeder Expo Center a reality through lodging tax dollars, created the famous mural program on the city’s flood wall and has provided funding for classrooms at the Paducah School of Art & Design.