Home » Kentucky’s most successful millennials are leaving. Where are they going? 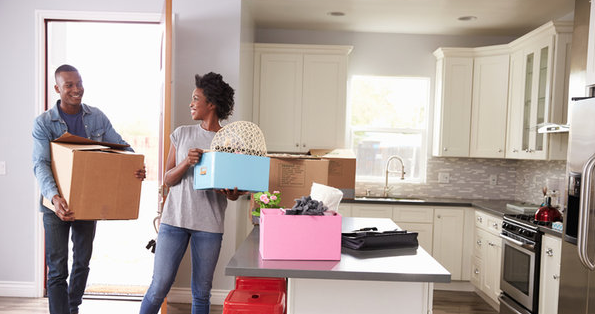 LOUISVILLE, Ky. — A study released earlier this month found that Kentucky is one of the worst states in the country at retaining successful millennials. The study compared data from all 50 states, and the District of Columbia, looking at the inflow of millennials, loosely defined as age 35 and under in the study, with an adjusted gross income of at least $100,000. It compared that with outflows under the same criteria. The tax data was gathered from the IRS for 2015-2016.

Kentucky has one of worst net out migrations in the U.S., with only 962 inflows but 1,189 outflows. The net loss of 227 puts Kentucky at 40th nationally.

These numbers do not come as a great surprise but are a cause for concern. Recent studies have found that Kentucky is among the worst states in the U.S. for Millennials, ranking as low as 44th in a study in April. Louisville, the states largest city, has been well behind former peer-cities like Austin, Texas, and regional cities like Nashville and Indianapolis in recruiting and retaining millennials.

How Does that Compare to Our Neighbors?

Interestingly, the majority of states are in a negative position, with only 18 states posting a positive net migration during the period studied. That leaves 32 states and the District of Columbia with a deficit.

Kentucky’s neighbors are almost all losing their most successful millennials. Illinois posted the second-worst decrease in the United States, losing more than 2,200. This is in line with a larger trend in Illinois which is currently losing more than 300 resident per day. Virginia followed right behind them losing more than 1,500 in the studied time period. Missouri and Ohio were likewise behind Kentucky, losing 620 and 360 millennials from the category respectively.

Only one of Kentucky’s border states were among the net positive migration states. Unsurprisingly, it was Tennessee, who has increasingly separated itself from most of the states in the region. Tennessee added 2,423 individuals while only losing 2,033, an increase of 390 and good enough for ninth in the nation. Tennessee was one of only two states, the other being Colorado, in the top 10 that is landlocked.

Though not a border state, fellow Upper South state North Carolina also had a positive net migration with a surplus of 786 individuals, good for seventh best in the nation.

Where Are They Going?

This category of millennials is largely moving to the coasts, the study found, with California and Washington leading the way, and increasingly to the South. Five of the top 10 states are Southern states including the North and South Carolina, Florida, Tennessee and Texas. New Jersey is the only state in the Northeast that cracks the top 10, likely benefiting from the significant net out migration of New York, which ranks 51st in the study.

Notably, four of the top 10 states do not have an income tax, though we can not conclude from the study that this plays a primary role for this group of millennials. Numerous other studies have pointed to the impact that tax rates play on moving decisions.

How much should metrics like this concern policy makers? The loss of purchasing power alone is bad for a state’s economy. A study last year found that millennials as a whole make up 21 percent of consumer discretionary purchases in the U.S. Millennials also have the highest educational attainment of any generation, with 39 percent having a bachelor’s degree or higher. Kentucky has historically struggled to attract or retain that population, a metric that we have long pointed to with concern. Long term, this trend could equal major economic problems.

Pichel will succeed Trager as CEO of Republic Bank