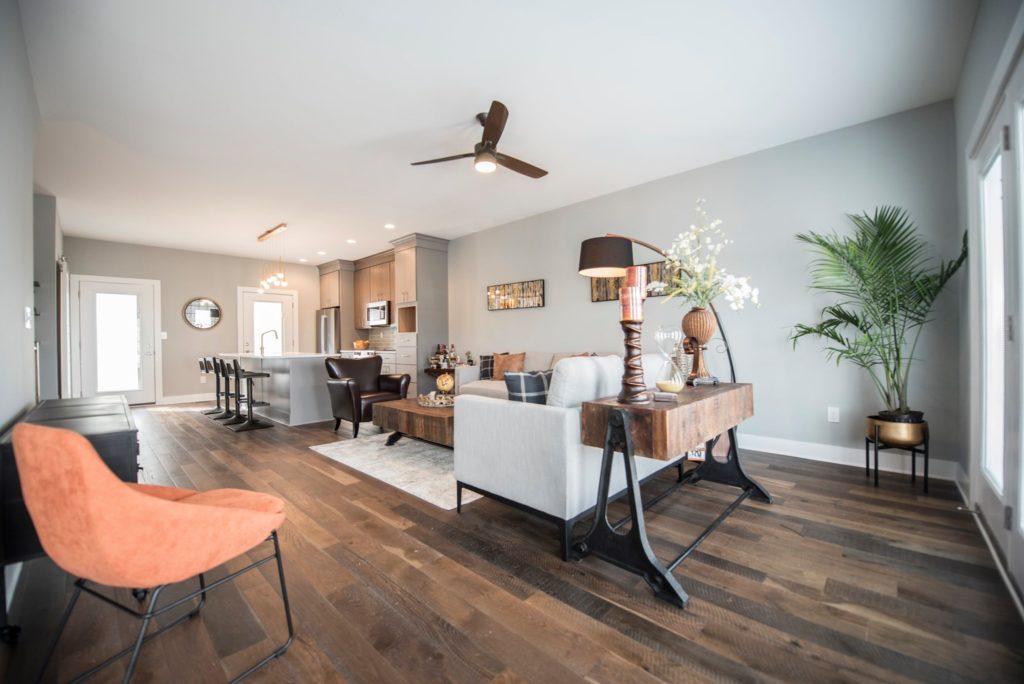 LEXINGTON, Ky. — Distillery Heights is a new residential community of 34 three-story townhomes in downtown Lexington, situated on just under two acres of land at the corner of Oliver Lewis Way and Manchester Street in Lexington’s Distillery District.

With the completion of the development’s site work, the first of four buildings opened in April 2019 and now showcases four move-in ready models. A ribbon-cutting ceremony will be held at the development on Tuesday, July 16 at 11:30 a.m. with city officials, Commerce Lexington, local business leaders and owners, along with the general public.

Distillery Heights is the first residential community as well as the first infill development in the historic Distillery District, which has been a long-term vision for the Lexington-Fayette Urban County Government since 2008. Marking the gateway to the Distillery District, the three-story brick townhomes are the highest point in the district, visible to drivers entering the downtown vicinity from I-75, Versailles Road, Main Street or the University of Kentucky campus.

Jo Gawthrop and Melia Hord are owners and managing members of Distillery Heights, overseeing and developing the complex.

The design of the townhomes has been influenced by the industrial architecture of the historic Distillery District area.

“We wanted Distillery Heights to capture the 140 years of Kentucky history with a modern, luxe flair local downtown residents are seeking,” Hord said. “We sought an industrial look true of the Distillery, with a modern chic feel created with straight lines, mixed metals, gray brick and black mortar, and a hint of burnt orange.”

The 34 upscale townhome units will be in four buildings, overlooking the future plans for the Town Branch City Park. The first building is complete and has 12 two-bedroom townhomes, with four models showcasing selections that are move-in ready. The remaining eight are under contract or awaiting design selections from future new owners. Construction of the three-bedroom units recently began on the second building, situated along Versailles Road, with plans to start the third building along Oliver Lewis Way later this year. When the complex is completed, the community will be gated with green space and visitor parking available.

“Instead of including a clubhouse, we listened to the local residents and are providing private garages, extra parking spaces and green space for the townhome owners,” Gawthrop said. “It’s an exciting time to be in our neighborhood as we watch the expansion of new businesses open in the Pepper Distillery down the street, the IMAX theater erecting on High and Broadway, the Town Branch Distillery conducting public tours and receptions across the street, Manchester Music Hall and The Burl bringing in top artists for concerts at our entrance, phase one of the Convention Center underway a block away, and the buzz of the Manchester Marketplace and our future Town Branch Park and Trail coming next! What’s not to be excited for our future homeowners of Distillery Heights?”

Models are open Saturday and Sunday from 2-5 p.m. and during the week by appointment.