Home » Kentuckians around the state receive 2019 Excellence in Preservation Awards 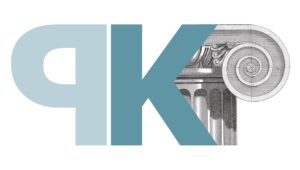 FRANKFORT, Ky. — Preservation Kentucky today announced their 2019 Excellence in Preservation Awards, which were presented recently at the historic home of preservationist and philanthropist Christy Brown in Louisville.

Established in 2012 to honor Kentuckians making exceptional contributions to the preservation of the Commonwealth’s rich heritage, the annual awards feature projects from urban and rural communities around the state and underscore the economic and social benefits of historic preservation. They are named after dedicated Kentuckians who have a long and distinguished career of volunteer and/or professional service to preserve Kentucky’s architectural, cultural and prehistoric heritage:

The inaugural Tim Peters and Lois Mateus Excellence in Making a Difference on Main Street Award was established to recognize those who have invested in communities where others have been hesitant to take the risk and do the work. Both long-time preservationists, the projects of historic preservation champions Tim Peters and Lois Mateus have been a catalyst for revitalization along Harrodsburg’s Main Street. To date, they have renovated eight buildings in Harrodsburg, numerous 19th century buildings in Louisville, and some of the oldest structures in Kentucky on their historic Mercer County farm (Tallgrass).

“Keeping Main Street alive is the primary motivation for Tim and me,” Mateus says. “Restored antique shops, restaurants, art galleries, and boutiques not only improve and enhance the built environment, they bring life to the human environment as people shop, mix and mingle together.”

Peters adds, “Recognizing the shared history, connection, and social dialogue that communities lose when retailers disappear from Main Street, we have put emphasis on commercial tenants at the street level, but also on attractive living spaces on the upper levels. Our experiences in both Harrodsburg, a small town, and in the NuLu district on East Market Street in Louisville prove that people are eager to live downtown.”