Hancock is a longtime supporter and research collaborator with University of Kentucky College of Agriculture, Food and Environment scientists. Upon becoming a full-time farmer in 1975, Hancock immediately began working on small plot research with Lloyd Murdock, UK soil scientist and Jim Herbek, UK agronomist. He collaborated with both men on various projects throughout the years to help move Kentucky grain crop production forward.

“Curtis believes strongly in the land-grant system and the positive things it can bring to farmers,” Murdock said. “He strongly trusts the unbiased research and information that land-grant researchers and extension specialists offer.”

A progressive farmer, Hancock contributed early and often to many novel UK Wheat Science Group research projects, which are now some of the group’s signature work. He played an important role in the release of Pembroke wheat, a variety jointly released by UK and the Kentucky Small Grain Growers Association in 2007. The soft red winter wheat is known for its grain yield potential, test weight and powdery mildew resistance. It is an affordable choice for producers as the variety is not patented or protected by the Plant Variety Protection Act. This allows wheat producers to produce and save seed for future use after their initial purchase.

“Curtis was instrumental in determining the logistics of the Pembroke method of variety release,” said Dave Van Sanford, UK wheat breeder. “He took great care to uncover all of the roadblocks and impediments to making this novel method of releasing varieties work.”

Hancock readily adopted many production practices that not only produced a higher yielding and better quality crop, but also protected the land and environment.

Hancock began producing no-till wheat on his farms in Hickman and Fulton counties in the fall of 1992.

“I saw the possibilities of how well no-till wheat production might work and wanted to get involved,” Hancock said. “There were a lot of things we didn’t know early on, but we learned together. The partnership between Wheat Tech, the Kentucky Small Grain Growers Association and UK has been important for advancing wheat production in this state.”

In addition to working with UK scientists, Hancock was on the ground floor of the formation of the Kentucky Small Grain Growers Association. He served in various leadership roles in the association from 1997-2005, including serving as president from 2003-2005. He has served on the association’s Promotion Council since 2006 and is currently serving as the council’s vice chairman.

UK scientists in the Wheat Science Group created the Service Award to recognize individuals for their collaborations and contributions to UK wheat research. 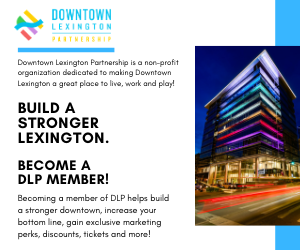