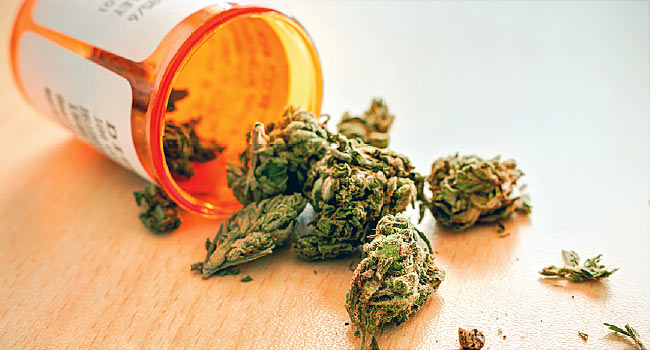 FRANKFORT, Ky. — A Kentucky House committee voted today to add Kentucky to the list of at least 33 other states with a government-regulated medicinal marijuana program.

The program would be established under House Bill 136, sponsored by Rep. Jason Nemes, R-Louisville, and Rep. John Sims Jr., D-Flemingsburg, approved today by the House Judiciary Committee. The bill sets out policies for cultivation, processing, sale, distribution and use of medicinal marijuana, should HB 136 become law.

Local governments and their citizens would have the authority to decide whether or not medical marijuana businesses can operate locally.

Although HB 136 would create revenue for law enforcement and other approved uses through excise taxes and other sources, Nemes said its primary purpose is to help the sick.

He asked members of the committee hypothetically if they would try to access medicinal marijuana if it could help someone they love.

“I would break the law in a second, and I would submit that every single person up there would do the same,” said Nemes. “I think you’re voting for whether or not people who are in that hypothetical situation would continue to be criminals or not.”

Eric Crawford, who testified alongside Nemes and Sims, told the committee that passage of HB 136 would keep him from being “viewed as a criminal in a state that I love.” The Mason County man said he uses marijuana—not opioids—to relieve pain and muscle spasms caused by debilitating injuries that he sustained in a 1994 accident.

“This isn’t about nothing else but sick people,” said Crawford.

House Health and Family Services Chair Kimberly Poore Moser, R-Taylor Mill, voted against the bill, saying she has “serious concerns” with the legislation.

“I want to make sure that seriously ill patients get the appropriate treatment and care that they need and deserve,” said Moser. “I’m going to vote ‘no’ today because I think we need more research.”

“It’s time that we listen to them,” said Hatton.

HB 136 now returns to the full House for further action.