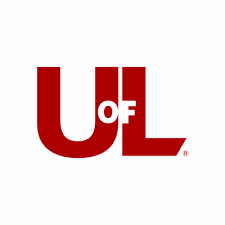 LOUISVILLE, Ky. — University of Louisville students this month are using a specially crafted board game to teach area high schoolers a timely lesson in managing a public health crisis.

Based on the Z-Man Games board game “Pandemic,” the version by UofL doctoral student Ander Flynn will make its debut Saturday and then will be played again at the Thrivals youth conference March 24. Flynn and students from the Health Ambassadors Program at the UofL Christina Lee Brown Envirome Institute have been working on the game for months, long before the new coronavirus made headlines around the world.

“These two game tournaments will have high schoolers doing the same thing or something very similar to what the Centers for Disease Control and Prevention are doing right now,” said Nat Irvin II, assistant dean for thought leadership and civic engagement in UofL’s College of Business and founder of Thrivals.

Looking for a new way to teach younger students about health economics, Irvin was inspired by the popular “Pandemic” board game, in which players compete to cure the world of a virus. Irvin asked Flynn, an avid gamer, to create a version that could be used to teach about different kinds of public health problems, which might include viruses or the conditions of loneliness and isolation.

About 100 high schoolers are expected to take part in the first public tournament of the game, which does not yet have a name but which Flynn describes as being a “cooperative, multi-tiered, on rails, build-your-own-adventure.” The students will be placed into teams of four, each representing a country, with the goal of learning about global health policy and health literacy.

Saturday’s debut tournament begins at 8:30 a.m. at Story, 900 E. Main St. The game will be played for a second time during Thrivals at Old Foresters Paristown Hall, 724 Brent St.