Home » COVID-19 cases in Ky. could have been 35 times higher, study says 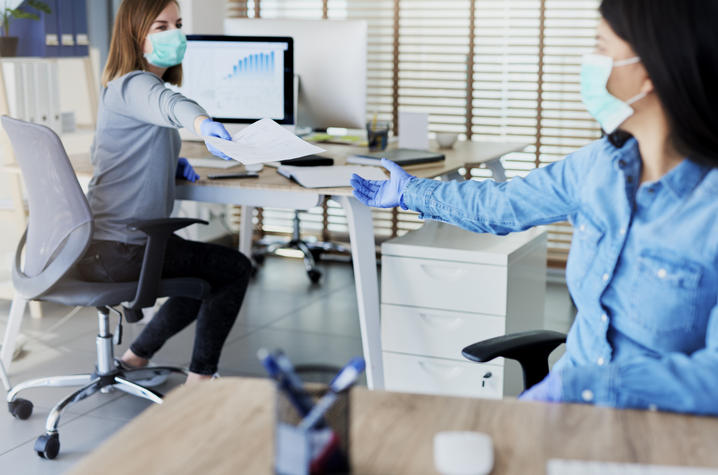 LEXINGTON, Ky. — As stay-at-home orders are being lifted in some states and extended in others, uncertainty continues to surround the COVID-19 pandemic.

Serious measures have been implemented the world over — from cancellations of major events and large gatherings to closures of schools and non-essential businesses.

UKNow recently reported on a study, released by the Institute for the Study of Free Enterprise (ISFE) at the University of Kentucky, that suggests so. According to the report, confirmed COVID-19 cases in the commonwealth could have reached a staggering 45,000 by April 25 without any state-imposed measures. For comparison, the current total of confirmed COVID-19 cases was fewer than 4,000.

Now, authors of a new study — Charles Courtemanche and Aaron Yelowitz, both professors in the Gatton College of Business and Economics; Anh Le, a doctoral student at UK; Josh Pinston, a professor at the University of Louisville; and Joseph Garuccio, a doctoral student at Georgia State — are going a step further by evaluating measures taken by states and counties across the country.

The study evaluates the impact of four measures taken by state and local governments to slow the spread of COVID-19 across U.S. counties from March 1-April 27 — bans on large social gatherings, public school closures, the shuttering of entertainment-related businesses and shelter-in-place orders.

The authors found the closing of entertainment businesses — such as restaurants, movie theaters and gyms — and shelter-in-place orders — such as Gov. Andy Beshear’s “Healthy at Home” initiative — resulted in a dramatic reduction in COVID-19 cases.

According to the report, the combination of measures reduced the growth rate of confirmed COVID-19 cases by an amount that grew over time — reaching 9 percentage points after 16 days.

The results imply that by April 27, the number of cases would have been 35 times higher without any of the measures — suggesting the U.S. would have reported 35 million (rather than 1 million) COVID-19 cases.

“The numbers are eye-popping but illustrate the enormous power of exponential growth,” Yelowitz said.

However, the study determined the other two measures — bans on large gatherings and school closures — had a less significant impact.

“There are many potential reasons and our arguments for non-findings are speculative, although we think it could be the case that those measures simply displace social interactions rather than reducing such interactions,” Yelowitz explained. “For example, if parents congregate in parks when schools close, it’s possible that coronavirus is spread approximately the same.”

“Most large events — like March Madness — were already being canceled anyway prior to any official prohibitions, which may have made these prohibitions redundant,” Courtemanche added.

In conclusion, the authors believe the report sheds light on the current re-opening.

“Our results suggest that light measures don’t work, and strong measures do, but they don’t really say anything about intermediate measures — like opening restaurants at reduced capacity, or allowing socialization with masks,” Courtemanche said. “Since we don’t know what each intermediate step towards reopening will do, it makes sense to go one step at a time and look carefully for signs that the rate of spread is picking back up.”

“My main policy recommendation would be to strongly encourage states to watch some of the early openers to see what happens,” Yelowitz added. “Given exponential growth, the rise in cases often looks unimpressive until right before things explode.”

For a closer look at the study, visit the Health Affairs website. For other reports authored by ISFE, you can visit the institute’s website.