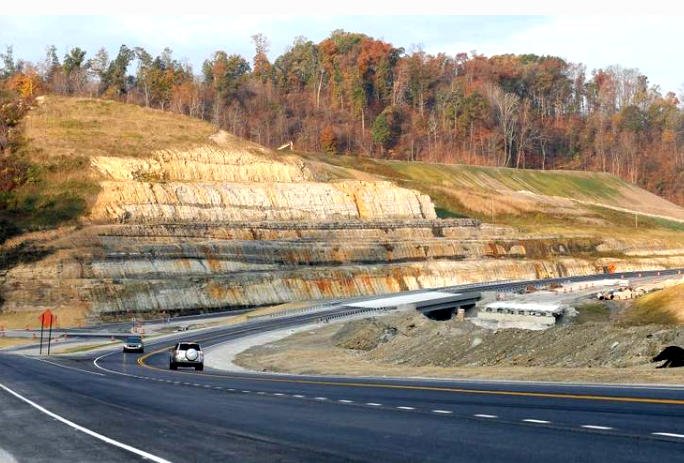 WASHINGTON, D.C. — The Kentucky Transportation Cabinet has been awarded $55 million from the U.S. Department of Transportation’s Infrastructure for Rebuilding America (INFRA) grant program.

The federal grant will be used to expand and improve safety along the Mountain Parkway in Eastern Kentucky. The project will widen and improve 11 miles of the Parkway in Wolfe County, helping creating a safe, four-lane corridor for cars and trucks traveling between I-64 and rural Eastern Kentucky. Once completed, the Parkway will facilitate freight and goods to move efficiently throughout the area. The project is also expected to reduce travel time.

“With this competitive federal grant, we are investing in Eastern Kentucky’s people and their future,” said McConnell. “As the only congressional leader not from New York or California, it’s my responsibility to speak up for Middle America and especially Kentucky. We are tapping into communities throughout Appalachia to continue encouraging job growth and community development.”

A portion of the expansion will take place in an Opportunity Zone, created by the 2017 Tax Cuts and Jobs Act (TCJA).

“This is a great step forward for the people of Eastern Kentucky, is great news for Team Kentucky and will open up the region for so many opportunities,” said Gov. Andy Beshear.

“Funding for this important Wolfe County segment fulfills the Governor’s commitment to complete this essential link and create even more economic potential for the region,” said Jim Gray, Kentucky Secretary of Transportation.

“I sincerely appreciate Senator McConnell’s leadership in securing the necessary funding for The Mountain Parkway Project’s design and implementation,” said Eastern Kentucky businessman Bob Hutchison. “This is yet another example of Senator McConnell’s commitment and dedication to bettering Eastern Kentucky and the lives of its citizens. Simply put, Mitch always delivers for folks in the mountains, and I am proud to call him a friend.”

“Senator McConnell’s steady hand and leadership are invaluable for Kentucky,” said state Sen. Brandon Smith, R-Hazard. “He has a record of coming through for us and these funds for the Mountain Parkway are another example of his commitment to the growth of Eastern Kentucky.”

“Thank you Senator Mitch McConnell for your leadership in providing funding to open up East/West four-lane access. This upgrade is critical for economic development and the future for Eastern Kentucky,” said Bobby McCool, state House Rep., R-Van Lear, who represents Wolfe, Johnson and Morgan counties.

“This project would not have been possible without Senator McConnell. Without a doubt, this funding is life saving for both the people of this region and our economy,” said John Blanton, state House Rep., R-Salyersville, who represents Knott, Magoffin and Pike counties. “The Mountain Parkway is a vital part of our region. When complete, this project will help make the Parkway safer and more accessible. I appreciate Leader McConnell’s commitment to this project and the people of our region.”

“Today’s announcement by Senator McConnell that the final section of the Mountain Parkway Expansion will be completed is outstanding news! Salyersville will be connected to Interstate 64 with a safe, modern four lane highway and this means Magoffin County and Eastern Kentucky will soon have improved mobility and be more inviting to new business opportunities,” said Magoffin County Judge-Executive Matthew C. Wireman. “We are sure to reap the economic benefits of the Mountain Parkway Expansion in the extremely near future. Thanks to Senator McConnell for his work on making sure this vitally important project will be completed.”

“Senator McConnell has been instrumental in helping expand Eastern Kentucky’s infrastructure, and we’re thankful for his help to bring these federal funds to Wolfe County,” said Wolfe County Judge-Executive Raymond Banks. “Once it’s completed, the upgraded Mountain Parkway can help bring new business to our region supporting families and jobs.”