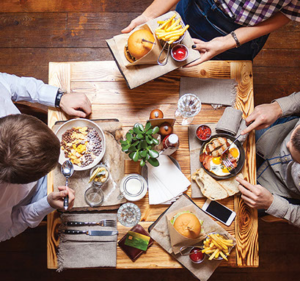 Washington, D.C. — Today, the Independent Restaurant Coalition (IRC) released the following statement on the RESTAURANTS Act, a bipartisan $120 billion relief package specifically for independent restaurants introduced today by Sen. Roger Wicker (R-MS) in the Senate and Rep. Earl Blumenauer (D-OR 3) in the House. Formed in March, the IRC sent a letter to Congress asking for such a program in April and discussed the issue in an industry roundtable with President Trump in May.

“Senator Wicker and Representative Blumenauer’s bipartisan Restaurant Revitalization Fund has given America’s 500,000 independent restaurants a day of hope. The need for relief for independent restaurants cannot be overstated in a time of so much uncertainty. Independent restaurants that had limited openings are now closing again. Many still wait for Paycheck Protection Program loans and are accumulating more and more debt in the process. This is about more than preserving our most cherished places of celebration and gathering– it’s about bringing a massive economy of over 16 million workers and billions of dollars in spending back to life. The revitalization fund is a smart investment that would contribute more than two dollars to the economy for every one dollar spent and ensure millions of Americans have a shot at keeping their job. If Congress steps up and passes the Restaurant’s  Act today, our independent restaurants will deliver for the economy tomorrow.”

The trade group, founded in March by U.S. chefs and restaurant owners, said it has built a grassroots movement to protect the nation’s 500,000 independent restaurants and millions of restaurant workers impacted by COVID-19.

Dubbed the Restaurant Revitalization Fund, the bipartisan measure sponsored by the Senator’s calls for direct grants administered by the U.S. Treasury Department.  Last month, the industry recovered about 1.4 million of those jobs as some states allowed eateries to reopen with restrictions. It’s unclear whether the aid could win the support of the House and Senate and get President Donald Trump’s signature.