Home » Kentucky has the highest wine taxes in the country

Whether you’re a self-appointed connoisseur or an occasional sipper of chardonnay, you may not have thought about the taxes that go into your wine purchase. But now you can quench your newly found thirst for excise tax info with this week’s map, which compares wine taxes among the 50 states, expressed in dollars per gallon.

States tend to tax wine at a higher rate than beer but at a lower rate than distilled spirits due to wine’s mid-range alcohol content. You’ll find the highest wine excise taxes in Kentucky at $3.30 per gallon, far above Alaska’s second-place $2.50 per gallon. Those states are followed by Florida ($2.25), Iowa ($1.75), and Alabama and New Mexico (tied at $1.70). At the other end of the spectrum, the lowest excise taxes can be found in California and Texas ($0.20), followed by Wisconsin ($0.25), and Kansas and New York ($0.30). 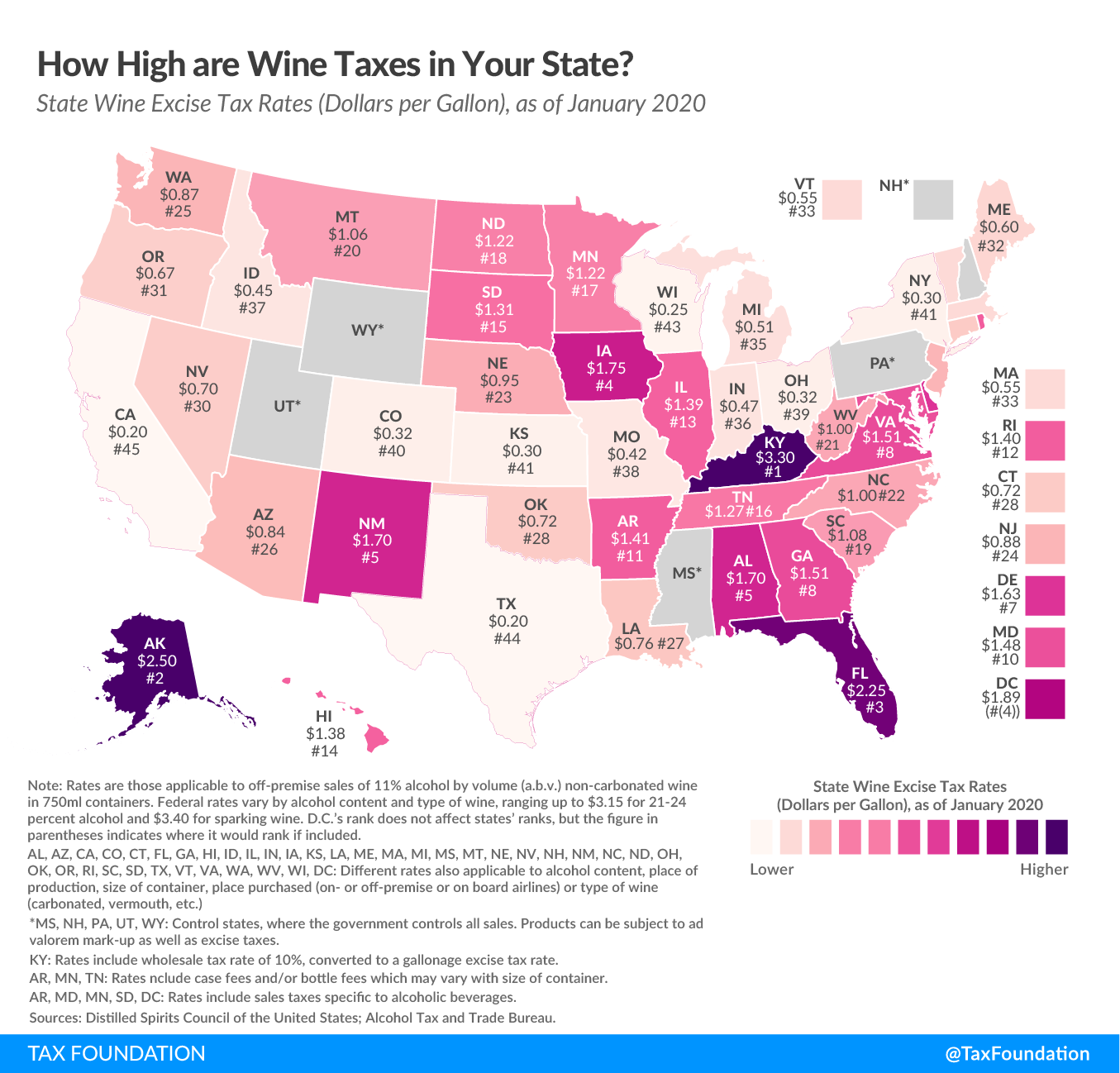 Most states levy per-gallon taxes on vendors for the privilege of producing, importing, possessing, or selling wine in their state but vary widely in their specific approaches.

A volume-based wine tax is the most common, but many states impose additional layers of taxes that vary based on wine type, container size, alcohol content, place of production, and place of purchase, among other factors. Arkansas and Tennessee, for example, levy case fees in addition to per-gallon taxes. Minnesota levies bottle fees that vary according to container size, taxing standard bottles at $0.01 and miniature bottles at $0.14.

Even though states can levy taxes at the production, wholesale, or retail level, vendors ultimately pass along those taxes to consumers in the form of higher prices. On the other hand, four states and the District of Columbia levy sales taxes specific to alcoholic beverages that consumers pay directly.