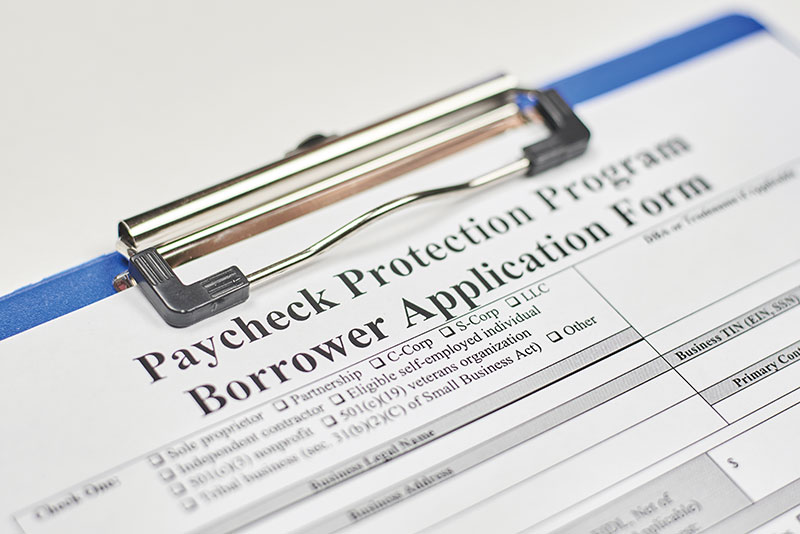 Editor’s note: Interviews for this report took place prior to the sudden and tragic passing of Congressman Barr’s wife, Eleanor Carol Leavell Barr, on June 16 from a heart condition. The Lane Report expresses our sincere condolences to Rep. Barr and his family.

U.S. Rep. Andy Barr, who has represented Kentucky’s 6th District since taking office in 2013, was a busy man this spring, providing constituent services to the business community related to the Coronavirus Aid, Relief, and Economic Security (CARES) Act. The act passed by Congress with overwhelming bipartisan support and was signed into law by President Trump on March 27, 2020.

This $2 trillion-plus economic relief package included key assistance in the form of the Paycheck Protection Program, which is providing small businesses slammed by the pandemic shutdown with the resources they need to maintain their payroll, keep or hire back employees who may have been laid off, and cover applicable overhead.

The PPP piece of CARES ingeniously first employs private funds from U.S. banks, which make loans to qualifying businesses to cover their payroll and related costs for two months. If a borrowing business fulfills the terms of the program, its loan is “forgiven” and repaid by the U.S. Treasury Department.

The program thus helps support the banks that serve the financial needs of small businesses while keeping those businesses viable and payroll checks flowing to their employees, even if the business had had to physically close to customers and either stop or drastically limit operations.

Barr describes PPP as “smart” for its use of the private sector.

“We ‘deputized’ the private-sector lenders, including the financial tech companies,” Barr said. “As of now, not a single penny of taxpayer funds has been used.”

CARES does cap how much federal government funding can ultimately go to PPP, as well as the size of the salaries it can compensate, the overall amount of an individual loan. The original CARES legislation authorized $349 million in forgivable loans, then increased that to a potential $660 billion.

The Lane Report, headquartered in Lexington, was one of the constituents Barr helped. He used knowledge and understanding he had developed about the federal public policy and regulatory process to solve a unique problem that surfaced because this 35-year-old magazine happened to change ownership in March and thus had a brand new taxpayer identification number.

Barr said he also worked very actively on a technical issue Kentucky banks and credit unions brought to him regarding non-PPP or CARES Act loans to restructure debt for businesses in response to the impacts of the pandemic shutdown. Existing rules would call for these changes to be classified as “troubled debt restructuring” loans; bank regulators are required to consider TDR loans as problems on the institutions’ balance sheets that restrict how financial institutions can act in their wider dealings and management.

To prevent PPP program fraud and abuse by someone who might create a new business and hire employees in order to obtain benefits, CARES Act provisions required applicants to be well established. The language of the act advises banks to makes sure the taxpayer ID number was issued and the business was in existence prior to February 15, 2020.

The Lane Report, which provides Kentucky business and economic development news across the commonwealth, is well established and been in continuous operation since 1985. However, the heirs of founder Ed Lane happened to sell the company to Lexington businessman Kevin Stinnett in March. This involved creating a new parent entity, The Lane Report Inc., which then received a new taxpayer ID number.

The change in ownership was announced on Thursday, March 12, the day the coronavirus pandemic shutdown began to strike in earnest. The NBA cancelled its season that day and the Kentucky High School Girls Sweet Sixteen basketball tournament was cancelled in midday after two of four games planned for the day had been played.

Stinnett has been a professional financial adviser for more than 20 years. He owns Premier Financial Group and Lexington Insurance Agency, and was an elected member of the Lexington-Fayette Urban County Council for 14 years. Stinnett began pursuing a PPP loan for The Lane Report Inc. as soon as the program came into existence and had the company’s application prepared several days ahead of the April 1 opening of the Small Business Administration (SBA) loan application portal.

Bank loan processors, however, noted that TLR Inc.’s taxpayer ID number looked to be a disqualifier.

“Kevin called early,” Barr said, to express concern about the taxpayer ID qualification issue. “It seemed like an inequity.”

“The bank wanted to help, but felt it couldn’t,” Barr said.

Barr had been in regular contact with U.S. Treasury Department officials as the CARES Act relief measures were being crafted and began making calls toward finding a remedy.

Initially there was “not much feedback” from the Treasury Department. He called Secretary Steve Mnuchin and Assistant Secretary Justin Muzinich, who is the key liaison to the committee, to argue for a modification. Barr then called Mark Meadows, a former leading member of the House who had become White House chief of staff on March 6– and that brought the result that solved the taxpayer ID issue.

“Meadows said, ‘We are going to put out an FAQ that will fix your problem,’” Barr said.

On April 28, the Treasury Department and SBA issued new guidance on their Frequently Asked Questions (FAQ) pages on their websites. The bank then submitted the PPP loan application for The Lane Report Inc. in the SBA portal and approval came a number of days later.

Barr was among several members of Congress who asked for a change in the TDR loan classification process. After several weeks of discussions, banking regulators issued a joint statement of guidance that through December 31 of this year, loans modified due to stress caused by the coronavirus exclusively should not be deemed as troubled debt restructuring.

Additionally, Barr said as a result of conversations again with Mnuchin, Muzinich and others, an interim final rule was issued May 19 that made rural electric cooperatives eligible for PPP participation. Treasury also issued an interim final rule on April 24 that lifts a restriction against making bridge loans to horse racetracks, including Keeneland and The Red Mile.

He said he continues to pursue a streamlining of the forgiveness application for PPP loans. The present 11-page application is causing some of the smallest businesses to have to hire an attorney or accountant to complete the three- to four-hour process of filling out the application to certify compliance with rules to have their PPP loans forgiven. ■