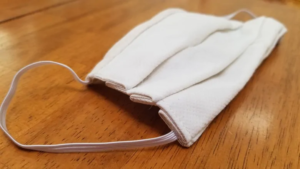 Beshear encouraged Kentuckians to renew their fight against COVID-19, while celebrating positive budget and economic development news for the commonwealth.

“Our number of hospitalized people goes up every day. These are a lot of Kentuckians who are fighting for their lives,” he said. “Let’s keep lighting our homes up green. There’s a lot of pain out there and it’s hitting everybody. We’re thinking of every family, whether we know you or we don’t. We hurt with you and we grieve with you.”

The governor highlighted that new White House recommendations agree with steps taken in Kentucky. The White House advises high-visibility, color-coded community action plans. It also recommends that Americans, including students and teachers in K-12 schools, wear a mask and stop holding gatherings beyond their immediate household. The White House also backs effective best practices like limiting restaurant indoor capacity to less than 50% and restricting hours until cases and the test positivity rate decrease. The governor added that an A.P. VoteCast exit poll said 71% of Kentucky voters strongly or somewhat favor requiring people to wear masks when around other people outside of their homes.

As of 4 p.m. Wednesday, Beshear reported the following COVID-19 numbers:

Red zone counties for this week can be found here.

Beshear announced that based on the recently released Quarterly Economic and Review Report issued by the Office of the State Budget Director, he anticipates that his administration will be able to balance the current fiscal year 2021 budget with no further budget cuts to state agencies or to the state’s Road Fund. He anticipates finishing fiscal year 2021 on June 30, 2021, with more than $460 million in the Budget Reserve Trust Fund, or “Rainy Day” Fund.

The governor said additional flexibility in the use of CARES Act money that was announced around Labor Day and an assumption that the commonwealth’s economic circumstances will stay aligned with the U.S. economy through June 2021 also contributed to balancing the budget.