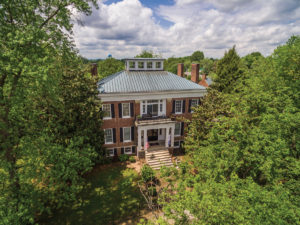 With travel brought to a near standstill this spring, COVID-19 has been hard on the hospitality industry. Adding insult to injury, a Bardstown bed and breakfast’s initial “shelter-in-place” losses were followed by a major property fire. Bourbon Manor innkeepers Todd Allen and Tyler Horton have experienced quite a 2020 so far. Yet amazingly, the B&B is now busy again.

First, the pandemic. When its realities became clear in March, business began to taper off, says Allen. Then every reservation in April and May canceled.

“Because of the Keeneland race meet, those are usually two of our busiest four months,” he explains. “We had to refund over $65,000 in deposits. We attempted to reschedule some reservations, but there was so much uncertainty about when it might be safe to travel. Our revenue is down 50% this year. However, when guests began calling in reservations again, it was as if the floodgates had opened.”

Allen speculates that the re-opening of Maker’s Mark and Jim Beam for tours was at least partially responsible for the influx of guests.

Another important factor was likely Bourbon Manor’s Trip Advisor Hall of Fame status. Allen and Horton acquired the property in 2013, gave it a $1.25 million renovation in 2013, and opened the following year. Within six months, Bourbon Manor—formerly named the Rosemark Haven B&B—jumped from one of the list’s lowest-ranking B&Bs in Bardstown to No. 1, where it’s remained for the past seven years.

Located in the Bourbon Capital of the World, Bourbon Manor is the world’s first bourbon-themed B&B. A beautifully restored 1810 Federal-style home and 1825 antebellum mansion, it features a bourbon bar and lounge converted from an old tobacco barn, a health and wellness day spa, and prime access to the Kentucky Bourbon Trail. Ten lavish guest rooms bear names like the Mint Julep Room and the Hot Toddy Room.

The Manor’s Bunghole Bourbon Bar and Lounge became a popular, two-story hangout for guests and featured a selection of 130 bourbons, including vintage and hard-to-find selections, signature cocktails, bourbon flights, wine and craft beer, along with tapas and desserts.

Then came the fire. The Bunghole had begun entertaining patrons again when, in the wee hours of July 7, lightning struck and the historic wooden structure—filled with all that luscious liquor—burst into flames that soon reached 100 feet in the air. Fortunately, the innkeepers awakened and made sure all guests vacated their quarters. The back part of Allen and Horton’s house had begun to burn but was contained by firefighters.

“Had we not awakened when we did,” says Allen, “we’d have probably perished in the fire. I assumed we’d find at least a few things still intact in the barn’s rubble, but everything was gone. Incinerated.”

Immediately, the owners announced the news of the fire and set up a GoFundMe site.

“We were so touched by the outpouring of concern people had for us and our ability to recover,” says Allen. “Our guests have been so good to us.”

With the news that the onsite bar was gone, reservations began canceling. Always fiercely upbeat, Allen and Horton purchased a “beautiful bar” for the main Manor house. Their bourbon collection is not quite as extensive, but still features everything listed above that the Bunghole offered.

An exception is the Bourbon Manor Bourbon Academy, which is currently on hiatus.

“We know our bourbon fans—98% of Bardstown’s visitors come for the bourbon—want to learn about and truly experience bourbon,” Allen explains, donning his other hat, that of chairman of Bardstown Tourism. “They get some of that at the distilleries. But we want to take it to the next level, so people can learn about bourbon tasting and bourbon history, and have an opportunity to experience top shelf brands. Education is the purpose of the Bourbon Academy.”

The Academy will be offered again in the future.

Allen and Horton also host corporate retreats that can accommodate up to 25 guests. Early in the year, when the inn is not as busy, is an ideal time to schedule.

“We’ve adopted the American Hotel and Lodging Association’s Safe Stay cleaning and sanitizing protocols that are very stringent with careful attention to detail,” Allen says. “Guests can be reassured that staying at a smaller lodging, like our B&B, will be a safe getaway.”

The staff always wears masks around guests, there’s plenty of room for social distancing, and shared areas can be used for meeting or dining space.

Stay at this exquisite property and schedule one of their three bourbon tours: self-driving, a local excursion shuttle, or private transportation in a limo or SUV with a dedicated driver. All tours include stops at two distilleries, the Oscar Getz Museum of Whiskey History, a $50 gift certificate to the local restaurant of your choice, a box of Rebecca Ruth bourbon balls, two rocks glasses and two cocktails at the Bourbon Manor bar.

Plans are in the works to rebuild the Bunghole with a target date of spring 2021. In the meantime, consider a holiday stay at the elegantly decorated Manor. In addition to bourbon immersion, you can take in “Light Up Bardstown,” with some 30-plus downtown shops and Christmas lights everywhere.

Visit bourbonmanor.com or call (502) BOURBON (268-7266) to book your stay. Looking for present for someone special? Treat a friend to a Bourbon Manor B&B gift certificate!

Katherine Tandy Brown is a correspondent for The Lane Report.
She can be reached at [email protected] 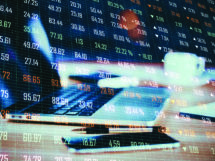 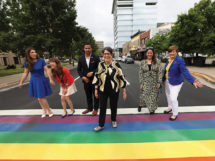 U.S. Department of Labor to end unemployment insurance payments for Kentuckians
The (Cyber) Risk of Returning to the Workplace