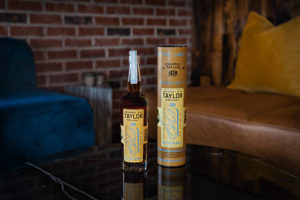 The 10-year-old Bottled in Bond bourbon was aged in Warehouse C, built by Taylor in 1885. It was the barrel warehouse he was most proud of – the final piece in his “model distillery.”  Taylor highlighted Warehouse C twice in the lithographed book he commissioned, and it is the only warehouse in the book to get its own feature.

Warehouse C is a favorite of the Buffalo Trace Distillery team and has become the focal point of tours and advertisements, along with being featured in many visitor photos.

Render Capital receives more than 300 applications for startup competition
Bottom Line: Principals from across the commonwealth chosen for Leadership Institute