LOUISVILLE, Ky. — Louisville-based Michter’s Distillery will begin shipping its 2021 bottling of its Toasted Barrel Finish Bourbon in September. This will mark the first release of the whiskey since August 2018.

“We first launched our groundbreaking US*1 Toasted Barrel Bourbon in 2014, and we followed up with releases in 2015 and 2018. While we continue to experience whiskey shortages at Michter’s, we decided to use some of our bourbon stocks for this toasted offering so our loyal Michter’s supporters could enjoy it,” said Michter’s President Joseph J. Magliocco.

Michter’s Master of Maturation Andrea Wilson establishes the protocol for the toasting of the barrels and for the subsequent aging of Michter’s US*1 Toasted Barrel Bourbon. In speaking of the 2021 release, Wilson said, “This year’s release is exceptionally balanced and is the perfect complement for the fall and holiday season.” The suggested retail price for a 750ml bottle of Michter’s US*1 Toasted Barrel Finish Bourbon is $100.

Recently Michter’s expanded its Farm and Operations in Springfield, Kentucky to 205 acres when it purchased an additional 60 acres.  It is there that Michter’s is growing estate-grown grain that it is currently distilling with. Additionally, Michter’s has two distilleries, both in Louisville: its main distillery Michter’s Shively, and its Michter’s Fort Nelson Distillery.

Located on West Main Street opposite Louisville Slugger and on the same block as the Frazier Museum, Michter’s Fort Nelson Distillery features the legendary pot still system from Michter’s Pennsylvania Distillery. When open, it also has educational tours with whiskey tastings as well as The Bar at Fort Nelson, which features classic cocktails curated by spirits and cocktail historian David Wondrich. 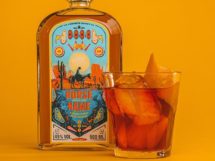 New Release: Horse with No Name a chili-infused bourbon 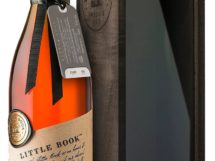 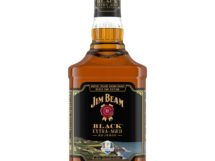