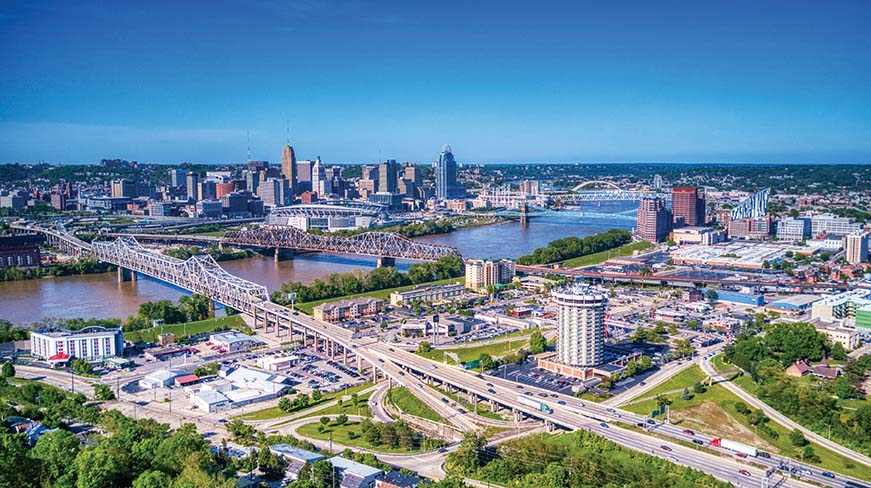 CINCINNATI — Site Selection magazine released its Ohio River Corridor rankings for 2021 on Monday, and the Cincinnati region reclaimed the top spot after coming in second last year. Site Selection indexes corporate project data in metros along the Ohio River for the previous 18 months and evaluates metros by volume and per capita.

“The Cincinnati region is once again the top place for growth and investment along the Ohio River, thanks to the ability of companies to move goods quickly and affordably by water, rail, air or water,” said Kimm Lauterbach, REDI Cincinnati president and CEO. “With more than 43 million tons of cargo moving through our river ports, and air cargo growing by 15% year-over-year at CVG, the Cincinnati region will continue to be a clear choice for companies that need to reach the rest of the country.”

The Cincinnati region boasts the largest inland port in the country and the 14thlargest in the country by cargo volume. The region’s economic activity is also bolstered by the Cincinnati-Northern Kentucky International Airport (CVG), the 7th largest cargo in North America with two global air cargo hubs, and two Class 1 railroads, making it one of the most connected metros in the country.

“We’ve seen strong growth in manufacturing near CVG and significant office expansion along our river cities in Northern Kentucky,” said Lee Crume, CEO, Northern Kentucky Tri-ED. “There is tremendous momentum in the Cincinnati region in new companies, new jobs, and capital investment and we’re proud to be a key driver of its success.”

The complete Site Selection rankings can be viewed here.