The national average for a gallon of regular gasoline has decreased by a penny to $3.39. According to new data from the Energy Information Administration (EIA), total domestic gasoline stocks declined slightly by 600,000 bbl to 211.4 million bbl last week.

On the other hand, gasoline demand increased from 9.24 million b/d to 9.33 million b/d. Typically, growing demand and tight supply would support rising pump prices, but recent fluctuations in the price of crude oil have helped to stabilize and put downward pressure on prices. 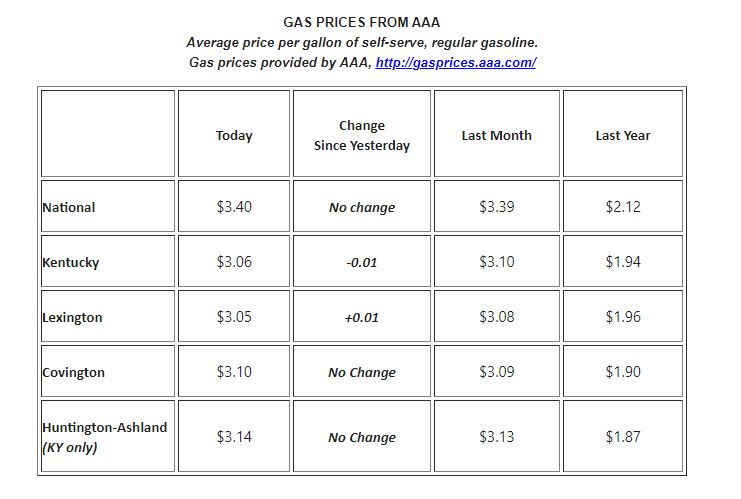 However, as long as the price of oil is near $80 per barrel, drivers should expect pump prices to remain elevated. At the close of Wednesday’s formal trading session, WTI decreased by 11 cents to settle at $78.39. Crude prices fell slightly today after EIA’s weekly report revealed that total domestic crude supply increased by 1 million bbl to 434 million bbl last week.

However, the price of crude increased by $1.75 yesterday, settling at $78.50, despite President Biden announcing the federal government will make available up to 32 million bbl of oil held in the U.S. Strategic Petroleum Reserve (SPR) and accelerate the timeline for a sale of an additional 18 million bbl of SPR oil, as mandated by Congress.

The effort is expected to be coordinated with the release of oil from other major crude consuming countries, including China, India, Japan, South Korea, and the U.K., to help reduce the price of crude. Releasing SPR oil is anticipated to have a downward impact on pump prices.

However, how much of a price impact and how long the price relief will last depend on the total amount of oil that moves into the market after the coordinated releases around the globe. As a result, drivers could see some price relief at the pump over the coming weeks, but they should expect prices to remain higher than last year’s holiday season and in 2019.