When the Kentucky House of Representatives passed the first two-year budget since 2018 on day 12 of the 2022 session, it did so with uncommon speed and $1.14 billion on hold.

Speaker David Osborne has made no mystery of the unassigned number, citing his party’s desire to tackle tax reform.

How does Kentucky have such massive extra sums? The answer is the double boost from increased General Fund receipts and federal stimulus funds. State Budget Director John Hicks reported in October that the General Fund saw rare, double-digit quarterly growth over 2021, the first since the 2006 fiscal year.

Republicans point to their efforts on right-to-work legislation, tax changes in 2018, and conservative spending as chief contributors for the boost. Added to the unprecedented growth is $3.77 billion Kentucky received from the American Rescue Plan Act*.

All this sets the stage for the billion Republicans put aside for tax reform. According to the Tax Foundation, Kentucky’s tax climate now ranks 19th in terms of favorability, a far cry from 36th just four years ago. The recent jump begs many questions: How much room is there to climb and what will the consequences be?

These are aspects leaders must wrangle with in the hefty chunk of session that remains. 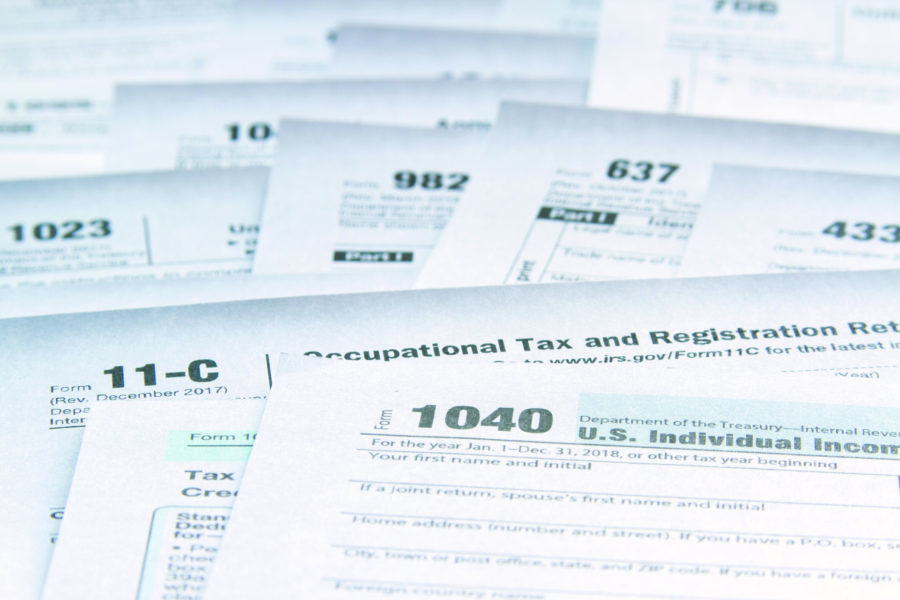 When making decisions to increase Kentucky’s competitiveness, lawmakers often look to our neighboring states for inspiration. For instance, income tax is a flat 3.23% in Indiana, ranges from 0-3.99% in Ohio, and is nonexistent in Tennessee.

Speaker Osborne hinted at an income tax rate reduction coupled with a sales tax increase, known as the consumption-based model. Critics say this favors the wealthy who don’t have to spend as much of their pay as low- to middle-income earners.

If going this direction, legislators could get creative in how and when they choose to slash rates. Copying Indiana’s phase-down approach, for instance, could lower the income tax a half percentage point or so each year.

Hoosiers are also considering decreasing the tax on business equipment, an option akin to a tax credit proposal Kentucky will bring forward again after a late veto last session. Rep. Phillip Pratt’s bill offers a break on equipment for data centers in exchange for hundreds of millions in investment.

Despite some skepticism, tax incentives often demonstrate a significant revenue return, a multiple of the initial hit. Plus, some are for businesses that, beyond a long-term commitment to the state, boost schools and towns through local taxes and solid jobs.

Many states last year made significant changes to their codes, with 11 lowering their income tax. Additionally, peers like Ohio and West Virginia included a remote-worker tax credit—something Kentucky may re-examine to attract talent and growth in today’s world.

Another consideration is the corporate income tax rate. North Carolina plans to phase out theirs starting in 2025.

The options are endless. The plethora of recent examples and data on outcomes across the country can and should be instructive for decisions ahead.

Gov. Andy Beshear has argued against the GOP approach, saying Kentucky shouldn’t overhaul the tax code amidst major official and pending business investment. The state’s 2021 win streak was a record-smashing $11 billion, including $5.8 billion for a Ford battery plant with 5,000 jobs.

Senate President Robert Stivers says now, during this historic influx of cash, is precisely the time for changes.

Reforms like this, especially in the midst of an election year, will grab the attention of all interest groups and professions, making buy-in among members even more critical.

It’s a herculean task that may take every minute left.