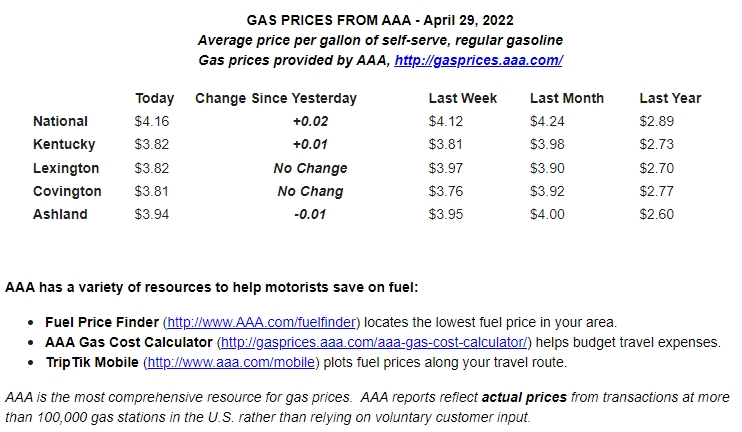 LEXINGTON, Ky. — Since Monday, the national average for a gallon of regular gasoline has increased by four cents to $4.16. According to new data from the Energy Information Administration (EIA), total domestic gasoline stocks decreased by 1.6 million bbl to 230.8 million bbl last week.

At the close of Thursday’s formal trading session, WTI had increased just 2 cents to settle at $102.04, but Friday was seeing steeper climbs. While EIA’s weekly report showed that total domestic crude inventories rose by 700,000 bbl to 414.4 million bbl last week, crude prices have increased because the current level is approximately 16 percent lower than at the end of April 2021. As supply remains tight and the market remains highly volatile, crude prices will likely continue to fluctuate, pushing pump prices higher.

AAA offers the following advice to help drivers save at the pump: