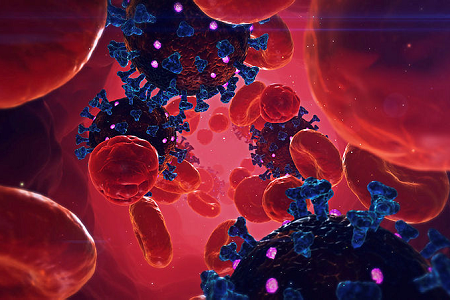 It’s not news anymore to report that Kentucky has more cancer deaths than any other state in the nation. Our state has been at or near the top of this terrible list for so long now that it’s just regarded as a depressing state of being. According to the American Cancer Society, nearly 10,000 Kentuckians will die of the disease this year.

With the promise of new technology, some leaders in Congress are insisting that it doesn’t have to be this way.

Kentucky’s own Congressman Brett Guthrie co-chairs the House Republicans’ Healthy Future Task Force, which recently threw its support behind a policy that has the real potential to make a difference in our state’s cancer death rate right now.

There is a new emerging technology that can transform the way in which we screen for cancer. Today, we search patients for one cancer at a time – mammograms for breast cancer, colonoscopies for colorectal cancer, PSA tests for prostate cancer – and even then, there are only five cancers for which we have common screening technologies. Huge clinical research programs are demonstrating the promise of new tests that can detect dozens of variations of the disease from the analysis of a patient’s blood.

Many of our cancer deaths today – seven of every 10 – come from types of the disease for which there are no approved screenings. Many of these cancers aren’t found until they have spread and treatment options are less likely to be effective and extend survival. A blood test that can be easily administered at any medical checkup can identify these cancers at an earlier stage and enable more successful intervention.

Congressman Guthrie’s Healthy Future Task Force has proposed that seniors – the population group with the highest cancer susceptibility – must have access to these innovative blood tests. Doing so will require the passage of legislation that Congressman Guthrie is also co-sponsoring, along with more than 200 of his bipartisan colleagues across the House and Senate.

This legislation, the Medicare Multi-Cancer Early Detection Screening Coverage Act, would repair a gaping flaw in our laws governing the program. Today, there is no timely pathway for Medicare to provide coverage for a new preventive care technology, like these breakthrough blood tests. Under our byzantine system, new tools like this can be discussed and analyzed – even after the Food and Drug Administration has deemed them safe and effective – for years. Congress has stepped in before and cut through this red tape to make coverage for mammograms and colonoscopies possible. It should do the same here by passing this bill.

It should be noted that this effort doesn’t bear either a Republican or a Democratic exclusive brand. The legislation has hundreds of co-sponsors from both parties. It’s not partisan. It’s not even really bipartisan. Matters that affect health and lives are really nonpartisan. Preventing cancer deaths is a human, not a political, objective.

We now need politicians to recognize the urgency of this situation. If Congress doesn’t pass Medicare screening legislation before the end of the current Congress, the entire legislative process starts over from the beginning next year. It is our hope that this priority set by Congressman Guthrie’s thoughtful leadership, the Healthy Future Task Force, more than 200 bipartisan Members of Congress, and indeed President Biden’s Cancer Moonshot, moves forward without delay.