Home » Spotlight On The Arts: A Midsummer Night’s Treat 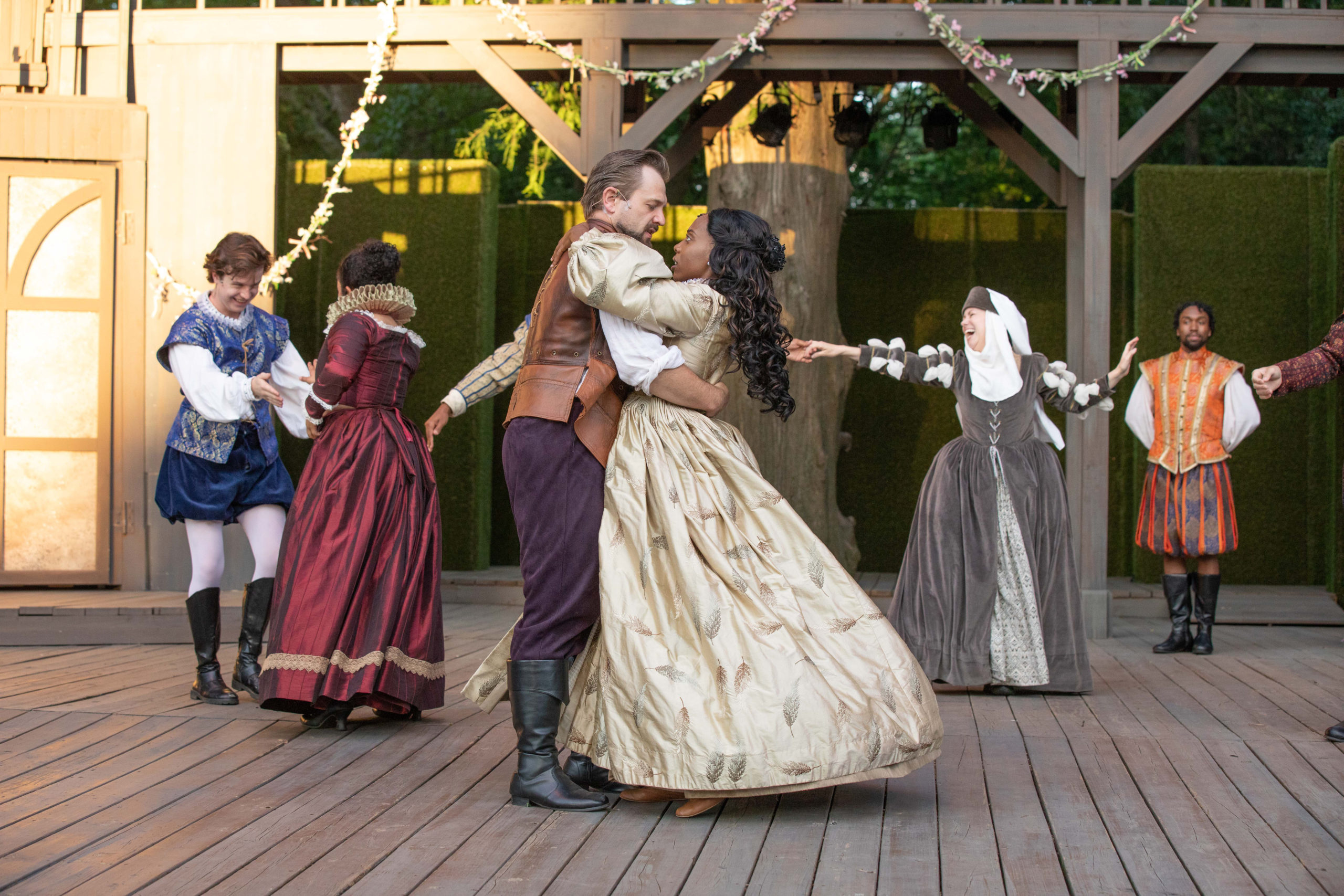 The annual Kentucky Shakespeare Festival is now in full swing in Louisville, delighting theater enthusiasts for its 62nd season.

Held at the C. Douglas Ramey Amphitheater in Old Louisville’s Central Park, the festival features six productions this season, all completely free for audience members. In fact, the Kentucky Shakespeare Festival is the longest-running nonticketed Shakespeare festival in the country.

“While we returned to Central Park in 2021 after a virtual 2020 summer season, we still look at this summer as a homecoming,” said Producing Artistic Director Matt Wallace. “It’s a time to continue to come together to connect, heal and rebuild while we experience the joy of this shared community arts experience together, under the stars—all summer long!

The festival kicked off the main stage season with a lively production of “Twelfth Night,” set in 1920s New Orleans and featuring a live jazz band onstage, followed by “Richard III” and the hilarious Elizabethan farce “The Merry Wives of Windsor.”

The season will feature two weeks of rotating repertory in July, in which all three productions will rotate nightly.

The Kids’ Globe tent will open an hour before every performance with free interactive arts-based activities tied to the production, and various community pre-show groups will perform at 7:15 each night throughout the summer.

A variety of 36 food trucks from the Louisville Food Truck Association will rotate nightly and guests can also visit Will’s Tavern (a Brown-Forman bar) and Will’s Gift Shop.

Exploring Kentucky: Recharge!
No Slowdown in the Off-Season