The company on Wednesday announced its business results for the fourth quarter and 2012 year end.

During the fourth-quarter of 2012, Churchill Downs grew net revenues from continuing operations to $158.5 million, an increase of 6 percent from net revenues of $149.3 million recorded during the prior year.

Gaming net revenues increased 21 percent to $62.9 million, from $52.2 million, during the same period in 2011, reflecting the contribution of Riverwalk Casino Hotel (Riverwalk), which was acquired October 23, 2012. Racing Operations net revenues declined 7 percent to $48.5 million, from $52.1 million in 2011, primarily because of Churchill Downs Racetrack not hosting the Breeders’ Cup World Championships (Breeders’ Cup) in 2012, as it did in 2011. Online Business net revenues increased 2 percent to $40.9 million, driven by a 4.3 percent increase in pari-mutuel handle and continuing growth in customers at TwinSpires.com. By comparison, according to amounts reported by Equibase, total U.S. thoroughbred industry handle declined 3.6 percent during the fourth-quarter of 2012.

Gaming EBITDA improved $2.4 million because of the acquisition of Riverwalk. Racing EBITDA declined $1.5 million primarily because of Churchill Downs Racetrack not hosting the Breeders’ Cup in 2012, as they did in 2011. In addition, Corporate EBITDA decreased $2.1 million during the fourth-quarter of 2012 because of increases in equity compensation expenses related to the successful performance of the Company during 2012.

Net revenues from continuing operations for 2012 climbed to an all-time record $732.4 million, up from $696.9 million in 2011, a 5 percent increase. The growth in net revenues was largely because of the continued expansion of Churchill’s Online Business, a record Kentucky Oaks and Derby week performance and incremental net revenues from the October 2012 acquisition of Riverwalk.

Net revenues from the Churchill Downs Inc.’s Gaming segment increased $10.5 million, primarily because of $10.3 million of net revenues generated by Riverwalk. In addition, Gaming revenues increased $3.4 million at Harlow’s Casino Resort & Spa (Harlow’s) during the year ended December 31, 2012, which was closed for 25 days during the same period of 2011, as a result of damage sustained from the Mississippi River flooding. These increases were partially offset by a $5 million decline in net revenues at Calder Casino during the year ended December 31, 2012, because of increased regional competitive pressure from the opening of a new casino in Miami during January 2012, along with what we believe to be a weak South Florida economy.

Net revenues generated by CDI’s Online Business increased 11 percent, or $17.9 million, to $183.3 million in 2012, compared to the previous year, reflecting an increase in Online Business handle of 10.9 percent, which continues to outpace national industry trends.

Net revenues from Churchill’s Racing Operations segment increased $3.2 million during 2012, reflecting an increase in revenues at Churchill Downs Racetrack because of a strong performance from Kentucky Oaks and Derby week and a 4 percent increase in live race days during the year ended December 31, 2012, as compared to the prior year.

EBITDA for 2012 declined 5 percent compared to EBITDA recorded during 2011 primarily due to the recognition of $19.3 million in net proceeds from the Illinois Horse Racing Equity Trust Fund (HRE Trust Fund). EBITDA for 2012 represents the second highest full year EBITDA.

Racing Operations EBITDA decreased $13.5 million over the previous year, primarily from the HRE Trust Fund. Partially offsetting these declines was increased profitability of $5.4 million from the Kentucky Oaks and Derby week related to improvements in admissions, sponsorships and pari-mutuel revenues during the year ended December 31, 2012.

Online Business EBITDA increased 7 percent, or $2.5 million, to $40.3 million over the previous year reflecting a 10.9 percent increase in our pari-mutuel handle driven by organic growth in customers and average daily wagering. Partially offsetting this increase were expenditures related to the launch of Luckity.com, in addition to certain non-recurring employee costs.

Corporate EBITDA decreased by $5.8 million because of higher long-term compensation expenses related to the 2012 financial performance of Churchill Downs, in addition to the impact of a non-recurring gain of $2.7 million related to a financial note conversion during 2011. 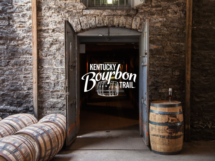 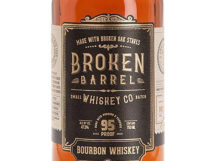 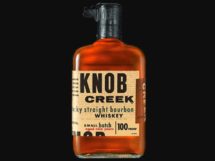 The best bottles of bourbon between $20-$30, ranked