FRANKFORT, Ky. (April 2, 2014) – Many drivers in Kentucky will encounter at least one work zone during their daily travels. With 90 percent of adults in America owning a cell phone, it has become increasingly common to see multi-tasking drivers dialing, texting or talking on their phones while driving through work zones.

“It is not unusual for workers to see drivers with a cell phone to their ear, trying to maneuver through traffic cones and construction equipment,” said KYTC Secretary Mike Hancock. “We’re asking drivers to consider work zones as ‘no phone zones’ in order to keep everyone safe on our roadways.”

While it is illegal in Kentucky for anyone to text while driving, drivers age 18 and older are allowed to talk while driving.  However, according to the National Highway Traffic Safety Administration, the cognitive distraction of a phone conversation causes drivers to miss important visual and audio cues that would ordinarily help you in avoiding a crash.

“Inattentive drivers are not prepared for sudden decreases in speed and last-minute lane changes,” said KYTC Office of Highway Safety Director Bill Bell. “If drivers knew how dangerous using a cell phone is in work zones, they would put the phone down.”

According to the Federal Highway Administration, work zone injuries and deaths most often involve motorists, not workers. On average, four out of five people killed in work zone crashes are motorists.

In 2012, the latest year for which national statistics are available, there were 609 work zone fatalities in the United States.

Last year in Kentucky, there were 732 crashes in highway construction and maintenance work zones. Three people died and 182 people were injured in those crashes.

♦ Pay attention – put away the phone!

♦ Keep a safe distance from workers and equipment.

♦ Allow extra time to get to your destination if traveling through a work zone.

♦ Keep up with traffic flow.

♦ Before leaving home or work, call 511 or go to www.511.ky.gov for Kentucky traffic and travel information.

National Work Zone Awareness Week is each April at the traditional start of construction season, when the number of workers on roads and highways increases. Cabinet engineers and contractors work to design projects and work schedules that minimize delays and crashes. 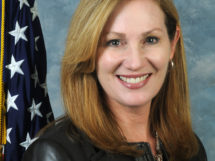