“Awards like this are typically only won by students in Ph.D. programs,” said Dr. Dustin Wygant, associate professor of psychology, director of clinical training and Sleep’s mentor. “This award says you can get strong research training and mentorship at EKU. Some of our graduate students are producing top-quality research that is making it into the scientific literature.”

In fact, judges rated the “feasibility and probability of eventual publication” as “quite high,” Wygant noted.

Sleep attributed her success to her faculty mentors, both at the University of Kentucky, where she earned her undergraduate degree, and at EKU. “I have learned from every mentor, and each one has invested considerable time working with me and developing my skills as a researcher. In particular, at EKU, Dr. Wygant has been extremely supportive and has continuously worked with me to refine my research ideas. The support of my family and friends has also been a foundational component of my success.”

Wygant called Sleep “a very hard-working and dedicated student” and a good writer adept at conceptualizing her research questions and goals.

Sleep, who boasts a perfect 4.0 GPA in her graduate classes, has already first-authored two research presentations at national conferences and is in the process of completing two research manuscripts to submit for peer-reviewed publication.

The recent award gives Sleep $500 in support of data collection for a research project, which Wygant is supervising and for which Sleep is serving as lead graduate student, at the Kentucky Correctional Institute for Women in Oldham County. The team is investigating the degree of overlap between psychopathic and borderline personality disorder traits in a sample of incarcerated offenders.

Set to graduate in May 2015, Sleep is busy applying for Ph.D. programs in Clinical Psychology, and “winning research fellowship awards like this one will only strengthen her application,” Wygant said.

In Fall 2015, EKU will launch a Psy.D. program in Clinical Psychology – the first practice-oriented Psy.D. program at a public university in Kentucky. 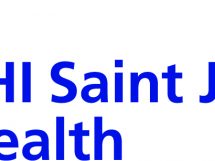