Home » Opinion — Kudlow: Snarking Hillary not the way to the White House 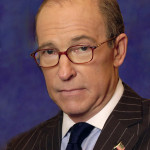 A number of GOP candidates are engaging in Hillary-bashing over allegations that she used her office as secretary of state to help her husband’s business dealings, prop up speech-making fees and grease the path for foreign governments to donate massive amounts of money to the Clinton Foundation. But here’s a warning to my friends on the presidential campaign trail: Bashing Hillary is only going to make the Republican Party look mean-spirited and snarky. It’s no road to the White House.

I would suggest laying off Hillary and instead showing us what you got in the way of economic-growth policies that will foster 4 to 5 percent growth and maybe another 12 million jobs. The GOP needs a positive growth message, along with a strong national-security message, because the party needs a positive rebranding and a positive vision. But Hillary-bashing will drown that out.

Snarking your way to the presidency is not likely to happen. And if you go that route, slamming Hillary at every turn, you’re going to lose female voters, minority voters and young voters — constituencies that the GOP desperately needs to win. It might even help Hillary.

As far as the Clintons’ alleged cash-raising misdeeds — what the New York Post has dubbed “quid pro dough” — it looks like the whole rest of the world is jumping on the case. It’s being covered by no less than The New York Times and Washington Post, a bunch of liberal magazines and of course the conservative Wall Street Journal. You’ve got Pulitzer Prize-winning NYT reporter Jo Becker working the story daily. She’s doing her own research and not relying solely on Peter Schweizer, the author of the forthcoming “Clinton Cash” book that set this latest Clinton scandal in motion.

I think Schweizer is a very good investigative reporter. We’ll have to see if he has connected all the dots when his book hits shelves on May 5. But when you have the liberal media and its top reporters digging deep, there’s really no need for the GOP presidential candidates to pile on.

If the charges against Hillary and Bill are true, if the evidence is there and if laws have been broken, why not let the Clintons hang themselves? They won’t need any help.

And the country already knows that Hillary Clinton lacks good judgment. Whether it’s the secret email servers, or the Colombian trade agreement, or the Russian uranium deal, polls say Americans are losing confidence in her ability. Bill and Hillary have long been branded with ethical miscues and moral lapses.

So don’t go there, GOP. Instead, walk the more certain path to the White House in 2016: Offer brass tacks and specifics on reinvigorating economic growth.

Watching the GOP presidential candidates at last week’s New Hampshire Republican Leadership Summit, there was frankly very little discussion of growth. While several candidates have tax-reform plans, both good and bad, there were no specifics in the Granite State. Ditto for rolling back regulations, replacing Obamacare or immigration reform. I also don’t recall a discussion of free trade, even though there’s a big trade bill coming up in the House and Senate. And I heard no mention of a stable and sound dollar.

I did hear this idea of not wanting to go back to yesterday, contrasting the past with the future. As Newsmax founder Christopher Ruddy put it, it’s a clever rhetorical device, but it does not present real solutions. In fact, there are quite a few pretty good ideas from the past.

For example, Ronald Reagan slashed marginal tax rates and promoted a sound dollar. Democrat Jimmy Carter, believe it or not, started a deregulation movement that Reagan continued on his first day in office by decontrolling oil prices. John F. Kennedy cut tax rates in the 1960s and launched a huge economic boom. And if you go way back to 1776, there’s Adam Smith, the man who launched free-market economics with his book “The Wealth of Nations.” That was a long time ago, but that shouldn’t mean we neglect his principles.

What the Republican Party needs is a clear and strong vision for getting the American economy out of the doldrums. If you want to nail Hillary, slam her issues and policies. Looks like she’s going Obama Third Term: redistribution, not growth.