FRANKFORT, Ky. (Sept. 17, 2015) — Gov. Steve Beshear announced today that Kentucky will receive nearly $4 million in federal funding over the next four years to combat the epidemic of prescription drug overdoses. 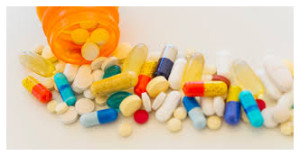 The funding, to the Kentucky Injury Prevention and Research Center (KIPRC), is part of a $20 million initiative, Prescription Drug Overdose: Prevention for States, launched by the Centers for Disease Control and Prevention (CDC).

Under the grant, KIPRC will receive $940,000 a year for the next four years. KIPRC is a partnership between the Kentucky Department for Public Health and the University of Kentucky’s College of Public Health that combines academic investigation with practical public health initiatives.

“This funding will give us further resources to continue diminishing the grip that prescription drug abuse and addiction has on Kentucky, and help us prevent overdose deaths related to prescription opioids,” Beshear said.

“House Bill 1 was a bipartisan effort designed to help us fight the epidemic of prescription drug abuse in Kentucky, and it’s doing exactly that,” said Beshear. “Since the law was enacted, not only have we seen a decline in doctor shopping and prescriptions for heavily abused medications, pill mills have closed and the provider community at large has become more educated and committed to using best practices for prescribing these commonly abused medications.”

Through the state’s partnership with UK’s College of Public Health, Beshear said these federal dollars will help Kentucky continue to educate the public on the dangers of drug use and abuse, and continue to commit appropriate resources to the strategies the state has taken to reduce the devastating toll of addiction on families and communities.

The Prevention for States program is part of the U.S. Department of Health and Human Services’ (HHS) Opioid Initiative.

Individual state allocation is subject to the availability of funds, and will be used to advance prevention, including in these areas:

States can also use the funding to:

“The prescription drug overdose epidemic requires a multifaceted approach, and states are key partners in our efforts on the front lines to prevent overdose deaths,” said HHS Secretary Sylvia M. Burwell. “With this funding, states can improve their ability to track the problem, work with insurers to help providers make informed prescribing decisions, and take action to combat this epidemic.”