Home » Kroger to sell anti-overdose drug in Northern Kentucky, Ohio without a prescription

Will be available on Monday

CINCINNATI, Ohio (Feb. 12, 2016) — Kroger announced today that on Monday it will begin selling naloxone—a medication used to reverse the effects of opiods—without a prescription at about 200 stores in Ohio and Northern Kentucky, the Cincinnati Enquirer is reporting. Customers will not need an appointment to purchase the medication. 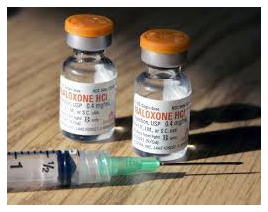 Jeff Talbot, vice president of merchandising for Kroger, Cincinnati/Dayton division, said at a press conference today: “Unfortunately, Ohio and Kentucky rank in the top five when it comes to the highest overdose death rate according to the Centers for Disease Control. Kroger wants to help reverse this horrible statistic. We want families dealing with addiction to know that they can count on having this drug available in the event that they need it.”