Home » Rebuilding the Largest Cattle Market East of the Mississippi

The huge column of black smoke was visible as far away as Louisville in January 2016 when a massive fire devastated Bluegrass Stockyards’ main Lexington facility on Lisle Industrial Avenue, the largest individual cattle market in Kentucky and home base for six other livestock markets located through the middle of the state from Albany to Maysville.

Lexington’s annual payouts to cattlemen and women were around $200 million in 2015, with all Bluegrass Stockyards sites ringing up around $600 million. The cavernous, 7-acre main building was a total loss, 20 cattle died, and one of two office buildings for the state’s largest livestock market operation sustained serious water damage.

Only 19 months later, though, Bluegrass Stockyards opened a new $12 million, 232,000-s.f. facility at 4561 Iron Works Pike near the Kentucky Horse Park. The stockyards use 200,000-s.f. but the rest of the property now has more than 20 businesses, including a restaurant and clothing store. The new stockyards has hosted car shows and plans a fall festival.

The Lane Report asked Jim Akers, the stockyards’ chief operating officer, about dealing with and recovering from the crisis:

What was destroyed in the fire at the old Blue Grass Stockyards in January 2016? What was salvaged? The entire facility was destroyed. There were some memorabilia items that were stored in the basement that were salvaged.

Why did the Stockyards move to near the Kentucky Horse Park? The Ironworks Pike property was acquired in 2003 when the stockyards made an effort to move out of downtown. That project was set aside and the property operated as a cattle grazing operation until the fire. In the aftermath of the fire, our ownership wanted to rebuild in Fayette County. This location, with easy access to the interstate and ample land for parking, was an easy choice.

How is the new Stockyards different than the old one? The new location was designed with great attention to its environmental impact, with extensive stormwater management systems, including roof water recovery and reuse. The floor of the barn is impermeable to protect ground water. The construction is state-of-the-art with significant automation of both business systems and cattle movement. The addition of the Marketplace is a totally new concept for us. It creates a “destination” at which people want to spend time with the classroom, museum, restaurant and many other services and retail businesses.

Why does the Stockyards want retail there? Part of our vision was to create a convenient location for our customers (farmers) to do business and source goods and services. The bigger picture was to create an environment where the public could be educated about and actually interact with the food production system. We are so very proud of the job we do for the farmers and the job they do raising wholesome food that we wanted to entice the public to enjoy the experience and culture of the cattle industry. To date we have hosted over 16,000 people through our tours and classroom experiences. The businesses are: Breeder’s Farrier Supply; Hayden’s Stockyard Eatery; Hayden’s Gift Shop; The Chop Shop; RT Outfitters; Bromagen Commodities; Merritt Livestock Transport; Advantage Agrimedia; Bauer Hay and Straw; My Team Insurance; Ramard (equine supply); Eugene Barber and Sons Cattle Co.; S&B Cattle Co.; THE YARDS – Education Center; Central Equipment; Alltech; Zoetis Animal Health; Tracer Minerals; Frames on Main (photography – ag, bourbon, tobacco, equine); and coming soon, Stockyards Mercantile (Kentucky Proud and Kentucky Crafted market).

What is the benefit of expanding more businesses on the property? Activity breeds activity. The events and a growing number of retailers and service providers creates more reasons for people to spend time here. Along with our neighbor, the Kentucky Horse Park, we want people to be able to spend time in the area and enjoy the beauty of Central Kentucky and go away with not only a unique experience but a better understanding of how big and important agriculture is to the economy.

The Stockyards is hosting events such as car shows and a fall festival. Why have you pursued events? They create an opportunity for a completely different crowd of people to be exposed to our business and to the importance of agriculture. There are few facilities in the area that afford the options we have: a massive parking lot, easy access, great food, totally unique environment and lots of space under roof. While it wasn’t necessarily part of the original business model, these events have become a very important part of what we do when we aren’t selling cattle.

Looking down the road five to 10 years, how do you see the Stockyards progressing? The facility is a stockyards and that is our core business. We built it to send a message to the cattle industry that we believe in the future of the business and to be able to be flexible and responsive to evolution in the marketplace. We want to ensure that we continue to provide the customers access to the most competitive and progressive markets for their products. We hope to continue to expand the service and retail sectors of the model and grow our appeal and reach the tourism business as well. I hope that in 10 years we are recognized as a totally unique venue for events of many kinds as well as a beacon and advocate for Central Kentucky agriculture.

• Kentucky Beef Stakes a Claim in the Market 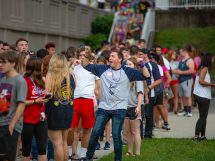 University of the Cumberlands records largest undergraduate enrollment in its history 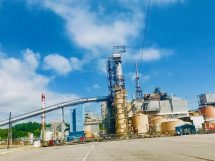 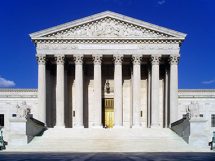 Perspective | Appointments to the Court Matter