Home » LEGO convention brings artists from around the world to Louisville 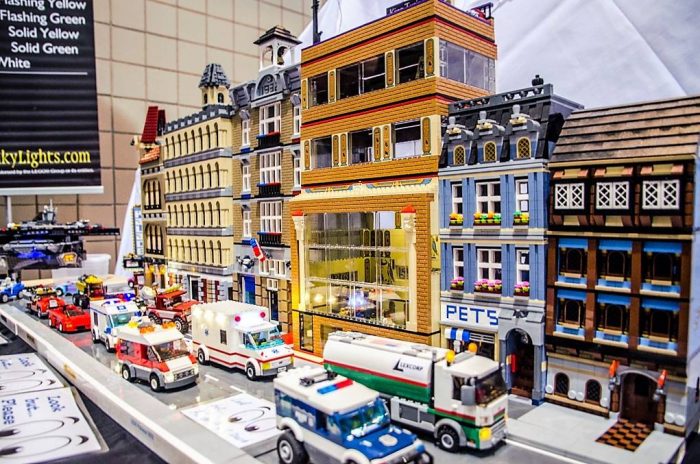 LOUISVILLE — BrickUniverse LEGO Convention will be bringing some of the most renown LEGO artists in world to Louisville. The convention brings together award-winning LEGO artists to showcase their amazing LEGO displays.

Artists coming to the Kentucky convention include Chicago-based LEGO artist Rocco Buttliere who will be bringing over 40 massive intricate LEGO models of famous world landmarks. He has won awards domestically and internationally for his work and has exhibited across the United States, as well as internationally recently in England, Scotland, Denmark and Norway.

Canadian LEGO artist Paul Hetheringtonwill be bringing all five of his record Brickcon Best-in-Show displays. His Joker Funhouse LEGO creation garnered media attention and has over three million views on Youtube. Hetherington’s Gotham Theater LEGO creation was named LEGO Creation of the Year 2016 by the Brothers-Brick.

San Diego-based LEGO artist Jonathan Lopes will be bringing over 40 different displays of his LEGO artwork. Originally from Brooklyn, Lopes is known for his realistic urban landscapes built with LEGO bricks.

Tickets ($12.99, ages 2 and under free) are available for either Saturday, Jan. 19 or Sunday, Jan. 20. Tickets are selling out, so early booking is advised at www.brickuniverse.com/louisville.