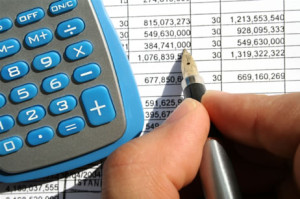 Chilton reiterated that November General Fund collections continue to follow the pattern predicted by the tax reform of 2018 but at a slightly more robust pace.

“Sales and gross receipts taxes grew by 17.3 percent in November, the largest such increase since August 2018. The gains in these consumption taxes were primarily attributable to a 104.1 percent increase in cigarette taxes and a 13.3 percent spike in the sales and use tax. The gains in the cigarette tax are particularly surprising since the tax rate increase in HB 487 from 60 cents per pack to $1.10 per pack, an 83.3 percent increase in rate. So far, the increase in rate has not seemed to meaningfully decrease the consumption of cigarettes. Meanwhile, the income taxes have fallen predictably due to the rate reductions in the 2018 tax legislation. November receipts were no exception, showing a 0.5 percent decline in combined income-based taxation. Taken in the aggregate, November’s General Fund increase of 7.1 percent provides a slight buffer against an anticipated slowdown in receipts in the upcoming fiscal quarters.”

Among the major General Fund accounts:

Road Fund receipts grew 7.4 percent in November with collections of $133.2 million. Year-to-date collections have grown 4.5 percent compared to last year’s total. Despite declines in Road Fund revenue in FY15 and FY16, followed by anemic growth in FY17 and FY18, receipts have now risen in seven of the past nine months. The official Road Fund revenue estimate calls for a 0.3 percent decrease in receipts for the entire fiscal year (FY19). Based on year-to-date collections, revenues can fall 3.7 percent for the remainder of the fiscal year to meet that estimate.

Among the Road Fund accounts:

Additional information is available at http://www.osbd.ky.gov.