Home » Transylvania among nation’s top colleges according to Princeton Review 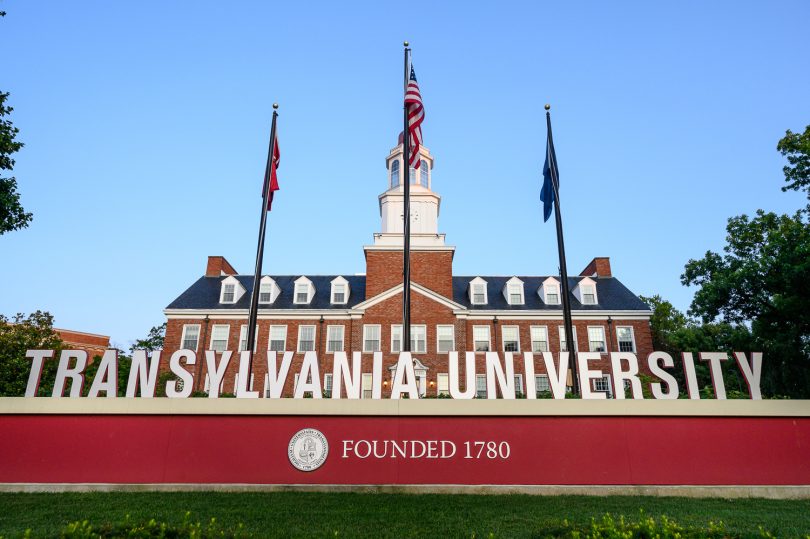 Released Monday online and appearing Tuesday in print, “The Best 385 Colleges: 2020 Edition,” showcases Transylvania for its academics, students and campus life. The school also ranks among the most academically outstanding colleges in the Southeast.

“We chose the 385 colleges for this edition as our ‘best’ overall, academically,” said Robert Franek, The Princeton Review’s editor-in-chief and lead author of the book. “We salute Transylvania for its outstanding academics, and we are truly pleased to recommend it to prospective applicants searching for their personal ‘best-fit’ college.”

The Princeton Review, which does not rank the schools in order of 1 to 385, included survey comments from students attending the colleges featured in the book.

Transylvania students praised their school’s academic rigor, saying professors “require you to think deeply and critically.” They described the faculty as “brilliant” and “highly dedicated” educators who take an interest in their lives and ambitions.

The Princeton Review also notes, “It is pretty easy to lead a fun and robust life at Transylvania. While academics take top priority, there are also ‘many opportunities to get involved on campus.’” This engagement includes a wide range of groups they can join — from nationally competitive athletic teams to environmental organizations. Campus activities also include visits by performers and speakers; this past academic year the university launched its New Frontiers series, which featured a visit by world-renowned author Salman Rushdie.

Other highlights listed in the Princeton Review include the many opportunities that come with living in a vibrant city such as Lexington — and the willingness of its open-minded students to learn about “different cultures and perspectives.”

Additionally, students who are looking for “instant community” will be glad to hear fraternities and sororities are extremely popular. Transylvania, in fact, ranks 12th in the nation for Lots of Greek Life.

This Princeton Review announcement comes on the heels of another list ranking Transylvania among the country’s top schools. Kiplinger’s Best College Values 2019 recently showcased the university for giving students a quality education at a price they can afford.