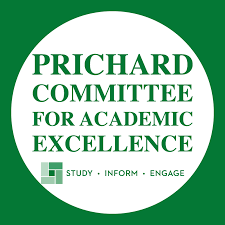 LEXINGTON, Ky. — Health care, jobs and education remain top priorities for Kentucky voters heading into the 2019 gubernatorial election cycle, according to results from the second annual Education Poll of Kentucky released by the Prichard Committee for Academic Excellence.

The Mason-Dixon Poll, conducted June 14 -26, found a strong majority of Kentuckians choosing those issues ahead of infrastructure and public safety. Asked to name one issue that elected officials most need to address, Kentuckians responded:

The poll also showed that voters strongly recognize the need for continuing education after high school. More than 70 percent said they believe some level of postsecondary education is necessary for a good-paying job (although only 3 percent chose postsecondary as a top priority for elected officials, relative to the other choices).

“Kentuckians want to move their state forward, and these poll results show that voters clearly see the importance of all levels of education — from early childhood through postsecondary — in building a stronger economy and future for our state,” noted Brigitte Blom Ramsey, the committee’s executive director. “Of particular note is the overwhelming majority of voters who see the connection between postsecondary education and jobs. That sends a strong message to our elected officials that preparing our young people for the jobs of today and to be the job creators of our future is imperative.”

Poll questions about early childhood care and education found a majority of Kentuckians to be in favor (74 percent) of increasing state funding to help more low-income, working parents have access to quality child care and preschool.

These results highlight the continued need to elevate education for our earliest learners as a primary solution to the commonwealth’s pressing issues, Ramsey noted. “Communities must come together to innovate and build better solutions to help students succeed,” she said. “This is certainly the case in early childhood education where partnerships are so critical to increasing access and quality.”

Asked how prepared they think students are for the workplace or postsecondary education after high school:

A majority of voters, 58 percent, believe teacher salaries in their communities are too low while 34 percent think they are about right; 3 percent believe the salaries are too high. A strong majority, 77 percent, believe public postsecondary tuition is either much too high or somewhat too high; only 22 percent think it is about right or too low. However, most (55 percent) believe a four-year degree is key to an individual’s future success. The full poll is available online here.

About the Poll: The poll was conducted for the Prichard Committee for Academic Excellence by Mason-Dixon Polling & Strategy Inc., of Jacksonville, Fla., from June 14 through June 26, 2019. A total of 1,000 registered Kentucky voters were interviewed statewide by telephone. Those interviewed were randomly selected from a phone-matched Kentucky voter registration list that included both landline and cell phone numbers. The margin for error, according to standards customarily used by statisticians, is no more than ±3.2 percentage points.

The Prichard Committee for Academic Excellence is an independent, nonpartisan, citizen-led organization working to improve education in Kentucky – early childhood through postsecondary.