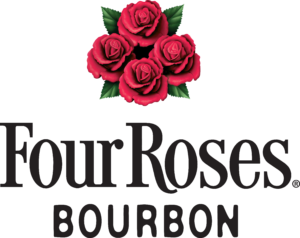 “Our 10 distinct Bourbon recipes provide the ability to handcraft new and interesting expressions and with this year’s Limited Edition we found some exceptionally well-rested Bourbons in some of our higher aged barrels,” said Four Roses Master Distiller Brent Elliott. “Combining the delicate fruit flavors and light spice from our V and K strains resulted in a uniquely nuanced whiskey.”

Four Roses is the only Bourbon distillery that combines two mashbills with five proprietary yeast strains to produce 10 distinct Bourbon recipes, each with its own unique characteristics. In the beginning stages of handcrafting a limited edition Small Batch bottling, Master Distiller Brent Elliott creates countless test batches from hand-selected barrels in an effort to mingle the best offering.

Launching during Bourbon Heritage Month, the special bottling will first be available in limited quantities at the Four Roses Distillery and Warehouse & Bottling Facility Visitor Centers on Saturday, Sept. 21 beginning at 9 a.m. The Limited Edition Small Batch will roll out to additional retailers in the weeks following.

This special release also follows the culmination of the company’s $55 million expansion project in April 2019.The expansion project began in 2015 and is doubling production capacity to accommodate growing demand.

Four Roses will distribute approximately 13,440 hand-numbered bottles of the 2019 Limited Edition Small Batch Bourbon that will be sold in the United States with a suggested retail price of $140.