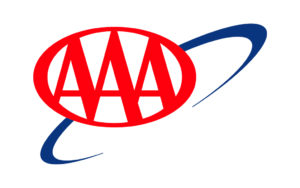 LEXINGTON, Ky. — More than 100 million Americans are taking to the roadways to travel for the holidays, but that hasn’t had a large impact on gas prices in most parts of the nation. It’s been a different story in the Bluegrass, however, where gas prices went up 9 cents over the past week, the largest week-over-week increase in the nation. At the start of the work week, only about a dozen states—including Kentucky—are seeing more expensive gas prices than a week ago, with increases of less than a dime.

“AAA forecasts that a record-breaking 104 million Americans will travel by car this holiday season,” said Lori Weaver Hawkins, public and government affairs manager, AA Blue Grass. “The substantial number of motorists has caused gas prices in a few states, including Kentucky, to increase heading into the holiday week, but these jumps aren’t big and won’t last long or linger past the holiday season.”

Today’s national average is $2.55, which is a penny less than last week and 4 cents cheaper than last month.

“While the national gas price average continues to slowly edge lower, it is noticeably more expensive as compared to last year’s holidays—by nearly 20 cents,” Weaver Hawkins continues. “However, this isn’t deterring people from taking their holiday road trips and some states are seeing lower averages than last year.”

Four Great Lakes and Central States land on the top 10 list for largest weekly changes, both for increases and decreases alike: Kentucky (+9 cents), Illinois (-5 cents), Nebraska (+5 cents) and Indiana (+4 cents). Kentucky and the other two states with jumps in price are exceptions for  the region. Filling up continues to be less expensive for the majority of motorists in the region thanks to mostly increasing stock levels since the beginning of November.

While regional prices are mostly cheaper on the week, they range from 18 cents to 47 cents more expensive compared to this time last year. This is likely due to higher winter crude oil prices.

At the close of Friday’s formal trading session on the NYMEX, WTI decreased by 74 cents to settle at $60.44. Crude prices ended the week up slightly over the previous week amid increased optimism that trade tensions are continuing to decline between the U.S and China—the world’s two largest crude oil consumers. This hope has reduced market concerns that global crude demand will decrease next year, helping to raise price expectations for early 2020.