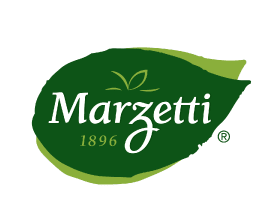 FRANKFORT, Ky. — Gov. Andy Beshear tomorrow will join local officials and executives from T. Marzetti Co., which manufacturers salad dressings, sauces and other food products for the retail and foodservice markets, to celebrate the company’s substantial job creation in Central Kentucky. The company plans to expand its Hart County plant with a $92.8 million investment creating up to 140 full-time jobs.

Gov. Beshear will visit the facility on Friday and hold press availability at 12:30 p.m. Central time.

“I want to thank T. Marzetti for its commitment to the commonwealth and the workforce in Hart County,” Gov. Beshear said. “Our administration aims to spur job growth across the state, and existing companies like T. Marzetti will be at the center of those efforts. This is a significant announcement for Central Kentucky and I am excited about its next steps.”

The 184,500 s.f. expansion would allow for additional manufacturing space at the operation as well as the purchase of new equipment for increased dressing and sauce production. The investment will also support eight new processing kitchens and several packaging lines to help meet growing customer demand, with three kitchens and two packaging lines operational within the first year. Company leaders anticipate the project will be completed by summer 2021.

The T. Marzetti business dates to the late 19th Century as a food producer and is headquartered in Columbus, Ohio. The company was acquired by Lancaster Colony Corp. in 1969. Lancaster Colony is also the parent company of several other food companies, including Sister Schubert’s Homemade Rolls Inc., which operates a frozen dinner roll plant adjacent to the T. Marzetti facility in Horse Cave. The T. Marzetti operation in Hart County currently employs more than 500 people and opened in 2006.

Including this latest announcement, T. Marzetti and Sister Schubert’s have combined to announce approximately $273 million in investment with the creation of more than 700 jobs in Hart County since 2004.

“We are very pleased to expand our operations in Hart County, Kentucky,” said Lancaster Colony President and CEO Dave Ciesinski. “The workforce and community here have provided us with great support since we first built and began production at the T. Marzetti facility 14 years ago. The need for this expansion has been driven by the tremendous success of our key customer partners and growth through innovation. Our decision to expand here is a testament to our strong ties to the community, our skilled and hard-working employees and the consistent support from the local and state entities during our many years of operation here in Horse Cave.  We truly appreciate the opportunity to be a part the future growth of Hart County.”

Kentucky is home to more than 350 food and beverage-related facilities that employ over 52,000 people. Since 2014, the commonwealth has announced 315 food and beverage projects totaling nearly $4.8 billion in investment with the creation of more than 7,900 jobs.

Sen. Steve Meredith, of Leitchfield, said the company’s growth is an encouraging sign for the local workforce.

“Thank you to T. Marzetti for their dedication to the commonwealth and for recognizing the value of Horse Cave’s workforce,” Sen. Meredith said. “This is a much-welcomed investment that will provide additional high-paying, stable jobs for citizens in the region.”

Rep. Bart Rowland, of Tompkinsville, noted the quality of the jobs being created by T. Marzetti.

“Kentucky is proud to house one of 14 operating T. Marzetti facilities in the United States,” Rep. Rowland said. “This is a family owned company that has economically impacted so many states. The $92.8 million investment in Horse Cave will help boost our workforce by providing more opportunities for higher-paying jobs with benefits for those in surrounding communities.”

Horse Cave Mayor Randall Curry was enthused by the company’s decision to expand.

“The people of Horse Cave and Hart County are ecstatic about T. Marzetti bringing this expansion to our area,” Mayor Curry said. “It’s going to bring more quality jobs and provide a better quality of life to all who live in and around Horse Cave.”

Hart County Judge-Executive Joe Choate said the community is fortunate to be home to businesses like T. Marzetti.

“I am very pleased that these new jobs are coming to Hart County as a result of the expansion of T. Marzetti. This sizable investment shows the confidence that T. Marzetti has in Hart County and Central Kentucky,” Judge-Executive Choate said. “T. Marzetti is a great asset to our county and we are more than happy to assist in any way we can to ensure their continued success here. I congratulate T. Marzetti and appreciate the work done by Gov. Andy Beshear, the Cabinet for Economic Development, Hart County Industrial Authority and our local leaders in bringing in these jobs to Hart County.”

“Once again Hart County has been blessed. We are elated about the expansion that T. Marzetti has planned for Hart County,” Bunnell said. “This success is due to so many coming together and working for a common goal. Anything can be accomplished if we have unity and committed organizations, as we do in Hart County. We have more successes to come.”

To encourage the investment and job growth in the community, the Kentucky Economic Development Finance Authority (KEDFA) on Thursday preliminarily approved a 10-year incentive agreement with the company under the Kentucky Business Investment program. The performance-based agreement can provide up to $2.75 million in tax incentives based on the company’s investment of $92.8 million and annual targets of:

Additionally, KEDFA approved T. Marzetti for up to $250,000 in tax incentives through the Kentucky Enterprise Initiative Act (KEIA). KEIA allows approved companies to recoup Kentucky sales and use tax on construction costs, building fixtures, equipment used in research and development and electronic processing.

Webinars to help small businesses work with University of Kentucky

STEP CG to add 83 jobs with $5.3M expansion of Covington HQ
‘Boots to Business’ could expand under bill