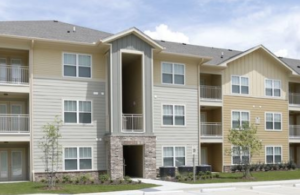 Covington, Ky — A group of Northern Kentucky apartment owners have filed a federal lawsuit against Gov. Andy Beshear to allow evictions for those who do not pay their rent. Chris Wiest, a Northern Kentucky attorney, filed the lawsuit in the U.S. District Court for the Eastern District of Kentucky in Covington on Tuesday. The lawsuit covers evictions in Boone, Kenton, and Campbell counties.  The lawsuit states that due to the COVID-19 pandemic, Beshear put a halt on landlords’ ability to evict tenants who fail to pay rent by preventing Kentucky’s circuit court to hear eviction cases, even though the courts have been open for other cases.

The landlords recognized that while some tenants are protected from eviction under the federal coronavirus relief bill, others are not protected and are taking advantage of the pandemic by not paying their rent.  The Greater Cincinnati Northern Kentucky Apartment Association and three other apartment building owners in the region are asking the court to declare Beshear’s order unconstitutional and allow them to enforce evictions. They are also seeking to be rewarded with reasonable costs and fees.

Kentucky State Police wants you to vote for them to win ‘Best Looking Cruiser’ contest
Beshear on COVID-19 update: ‘today’s numbers are cause for serious concern’