Alex and Brad, both in their mid-forties, had just celebrated the 10th anniversary of Consulting Inc., their market consulting business. The next morning, before going to work, Brad suffered a heart attack while jogging and died later that day. Alex suddenly lost his long-time business associate. What’s more, after the estate was settled, he found himself with a new co-owner—Brad’s wife.

The result was chaos. Brad’s wife had little interest or experience in running the firm. She needed cash for living expenses and asked Alex to buy out her interest in the business. But because most of his assets were tied up in the business, Alex was short of cash. Unfortunately, Alex and Brad’s wife were left with little choice but to sell the company on short notice for just a fraction of what they had hoped for.

How could this fictional disaster have been avoided? A buy-sell agreement and proper funding could have saved their business while providing needed income for Brad’s family after his death. Buy-sell agreements lay out how ownership will change hands and how the transfer will be paid for in case of a co-owner’s death, disability or retirement. Typically, the agreement provides for the purchase of the departing shareholder’s stock by the surviving shareholders or the company itself.

A buy-sell agreement and its proper funding may achieve several goals: avoid liquidation of the business; facilitate an orderly continuation of the business; replace lost business income for a deceased owner’s heirs; set a purchase price that can fix the estate tax value of the decedent’s stock; and provide evidence to customers and creditors of the firm’s stability.

Drafting a buy-sell agreement is only the first step. It will have limited practical benefit unless the purchaser can afford to buy the deceased owner’s shares. Life insurance is often used as the preferred source of cash. When a business owner dies, the policy proceeds are used to buy the shares from the deceased owner’s estate at a price set forth in the agreement. There are two basic types of buy-sell arrangements: the “cross-purchase” agreement and the “stock redemption” agreement. Life insurance can be used to fund both.

In Alex and Brad’s situation, each of them buys—and is the owner and beneficiary of—a life insurance policy on the other. Upon Brad’s death, Alex receives the policy’s death benefit, which he uses to purchase Brad’s shares from Brad’s estate. In turn, that cash payment gives Brad’s family needed income to offset the loss of Brad’s earnings.

For example, the surviving shareholder gets a “step up” in the income tax basis for the stock bought from the deceased’s estate. This could reduce income taxes if the surviving shareholder later sells the stock. Additionally, with cross-purchase agreements, the insurance proceeds are not subject to the claims of corporate creditors. But these plans can be hard to administer if there are many owners. Since the shareholders individually own policies on the lives of their fellow shareholders, absent other planning, 56 separate policies would be needed if, for instance, there were eight total shareholders.

In this case, Consulting Inc. buys and owns insurance policies on the lives of Alex and Brad. When Brad dies, the corporation buys his stock with the insurance proceeds. Stock redemption plans may make sense when there are multiple owners of the corporation, there are large differences in age and ownership levels among the owners, or the corporation is in a lower tax bracket than the owners. A potential drawback to these plans is that the surviving shareholders do not get the benefit of an increase in the income tax basis of their shares when the corporation redeems the stock.

Often, in an effort to make things fair, business owners structure a life insurance-funded buy-sell agreement so that each owner is treated alike. But that may seemingly result in a windfall if the owner holding a minority share of the company outlives the majority owner.

Suppose the $1 million Consulting Inc. was owned 70% by Brad and 30% by Alex.  Under their agreement, each was required to buy the other’s stock under identical terms. And each bought life insurance on the other’s life to fund this buyout. When Brad dies, Alex collects the $700,000 of insurance proceeds and pays that sum to Brad’s family for the controlling interest in the company. Alex is also likely to buy back his own insurance coverage of $300,000 for full value. Result? The minority partner, Alex, now has a 100 percent interest in a $1 million company and a $300,000 policy. Brad’s family loses control of the firm, but receives $700,000 in cash and the proceeds from the sale of the insurance on Alex’s life.

Buy-sell agreements can help protect your business and your family. Seek the guidance of a professional financial adviser who can identify the various issues and considerations that will help determine what type of buy-sell agreement makes the most sense for you. ■

*The content of this material was provided to you by Lincoln Financial Securities Corporation for its representatives and their clients. This article may be picked up by other publications under planner’s bylines.

Kevin O. Stinnett, LUTCF is a registered representative of Lincoln Financial Securities Corp., member SIPC, 465 E. High St., Suite 101, Lexington, KY 40508, offering insurance through Lincoln affiliates and other fine companies. This information should not be construed as legal or tax advice. You may want to consult a tax advisor regarding this information as it relates to your personal circumstances. The content of this material was provided to you by Lincoln Financial Securities Corp. for its representatives and their clients. LFS-3126397-061520 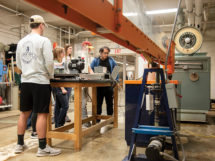 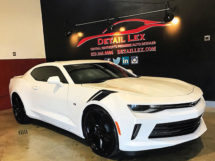 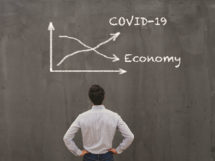 Marketing Out of a Crisis

Market Review | A lot to love in Louisville
Commentary: Private industry, not government, is the key to solving COVID-19