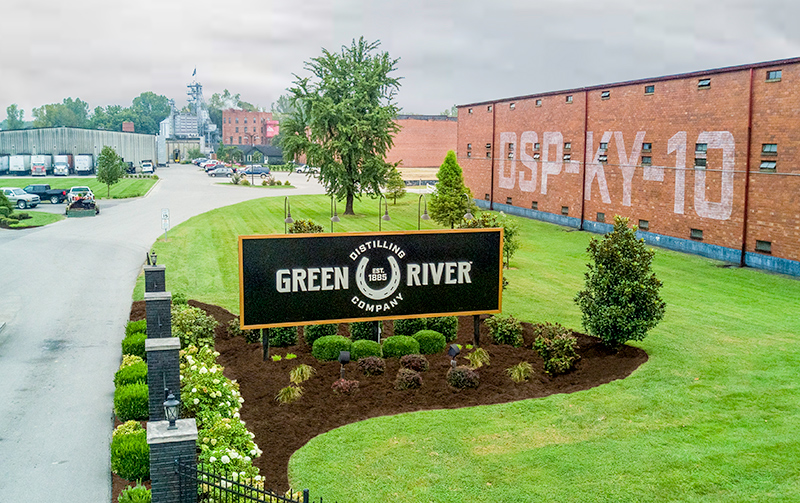 OWENSBORO, Ky. — Today marks the official revival of the Green River Distilling Co. at its original home in Owensboro. Founded by John W. McCulloch in 1885, the whiskey received national and international acclaim. The distillery endured fire, Prohibition, multiple owners and a period of decline to re-emerge today.

This moment has been in the works for more than six years. The team responsible found the property in ruins, restored it and began producing in 2016 as the O.Z. Tyler Distillery. Today, history comes full circle as the distillery returns to its original name.

“Green River was known for making some of the finest whiskey in Kentucky. We’re excited to be crafting bourbon and rye under the Green River flag again,” said Jacob Call, master distiller of Green River Distilling Co. “As a third-generation distiller and seventh-generation Kentuckian, playing a role in reviving this historic distillery has been a once-in-a-lifetime experience.”

CEO Simon Burch worked closely with John’s great-grandson Rob McCulloch to rename the distillery. McCulloch said, “I’ve always wanted the distillery’s name back at its original location in Owensboro. It completes the story my great-grandfather started in 1885.”

“Today’s announcement honors the distillery’s proud heritage in Owensboro and the beginning of its next chapter,” said Burch. “We’re so grateful to Rob for sharing his family’s legacy with us and it’s a privilege to continue to build on the legacy that John McCulloch created. It’s particularly exciting to make this announcement during September, which is National Bourbon Heritage Month.”

History of Green River
The distillery was founded by J.W. McCulloch, who began making whiskey in 1885. The original Green River became synonymous with quality and known for producing some of the finest bourbon in Kentucky. Green River lore is said to be some of the most fascinating in the whiskey world. Known as the “most expensive spirit ever sold,” 20 barrels were once traded for interest in a Colorado gold mine.

At the height of Green River’s popularity, a fire broke out on the distillery grounds. In just three hours, most of the buildings and whiskey barrels were reduced to rubble. The distillery was rebuilt, but Prohibition was passed, and J.W. McCulloch would not live to restore Green River to glory. In the following decades, the distillery passed hands on several occasions.

In 2014, the team that found the famous property in ruins began working to restore it. They began distilling in 2016 under the name of O.Z. Tyler, the visionary who founded the company that purchased the distillery. Today, history comes full circle as the distillery returns to its original name.

Home in Owensboro
At the Westernmost point on the Kentucky Bourbon Trail, the distillery in Owensboro is a great place to visit and the first stop for many whiskey lovers as they make their way East. While visiting, people can experience the thriving Owensboro community and experience its sights, sounds and tastes. Visitors can learn more about COVID-19 precautions and book a visit on the distillery website at www.greenriverdistilling.com.

In anticipation of this moment, the distillery team hired Owensboro’s own world-renowned artist Aaron Kizer as its creative director. Aaron’s work was inspired by the distillery’s archives and he wanted visitors to feel like they were stepping back in time.

“Aaron is a wonderful ambassador and proud son of Owensboro. We’re huge fans of his work and knew he had to be involved in our revival,” said Cathy Steen, global head of sales and marketing of Green River Distilling Co. “I couldn’t think of a better partner to bring the spirit of Green River Distilling Company back to life. His vision can be seen throughout the campus.”

Availability
A limited release of Green River 4 Year Kentucky Straight Bourbon will be available in 2021. To stay up to date on availability, sign up for the newsletter by visiting www.greenriverdistilling.com.