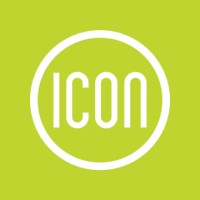 COVINGTON, Ky. — Icon Marketing Communications, a fast-growing advertising agency based in Greater Cincinnati, announced the acquisition of Seattle-based e-commerce agency, Marketplace Clicks. Marketplace Clicks is one of only 50 agencies named to Amazon Advertising’s find-a-partner directory, because of the agency’s engagement and proficiency with Amazon Advertising products.

The deal allows Icon to expand its offerings to Amazon’s e-commerce space while continuing to utilize over 20 years of expertise in considered purchase marketing to grow consumer brands and drive sales for clients.

“We see this as the right moment in time to accelerate our plans for growth. We are excited that we’ve found an organization with a similar vision and complementary capabilities to better serve our clients,” said Shawn Murdock, founder, and CEO of Icon.

This is the first of several acquisitions planned to accelerate Icon’s growth and capabilities as a multi-faceted marketing and advertising agency. Earlier this year, Icon relocated from a 6,000 s.f. space in Ft. Mitchell, Ky., to a 26,000 s.f. restored warehouse in downtown Covington to accommodate a 25% increase in staffing. Additionally, the acquisition of Marketplace Clicks is expected to allow Icon to add additional jobs to its current team of over 50 employees.

Icon is one of the fastest-growing advertising agencies in the Greater Cincinnati region and the state of Kentucky. It has served clients around the country, including Tempur-Pedic, The Gorilla Glue Company and Union Savings Bank. The organization specializes in growing considered purchase brands.

ShelbyKY Tourism creates Restaurant Week, Nov. 9-13
Community Trust Bank recognized for number of women on its board of directors