FRANKFORT, Ky. — Kentucky Smart on Crime, a broad-based coalition comprised of partner organizations from across the commonwealth, on Wednesday endorsed BR 236, legislation prefiled by Kentucky State Rep. James Tipton, R-Taylorsville, that would remove barriers to educational attainment for Kentuckians who have a felony conviction. 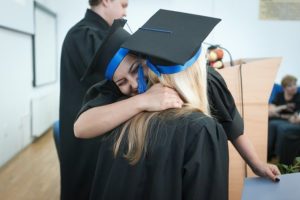 “With a recidivism rate of 32%, Kentucky still has a long way to go, but BR 246 is the type of measure that can help reduce that number by removing barriers to educational attainment and job skills for those seeking a new path,” said Nicole Krider, director of engagement, United Way of Kentucky, a partner organization in the Kentucky Smart on Crime Coalition.

For the second year in a row, Kentucky had the seventh-highest incarceration rate in the nation, according to the U.S. Department of Justice’s Bureau of Justice Statistics Prisoners in 2019 annual report released on Oct. 22, 2020. The Commonwealth’s rate declined by 1.5%, compared to a decline of 2.3% nationally.

“In recent years, we have seen growing support in the General Assembly for legislation that better positions individuals so they succeed once they leave the system,” said Kate Shanks, vice president of public affairs at the Kentucky Chamber of Commerce, another Kentucky Smart on Crime partner organization. “We view this bill as a no-brainer because there is also a great urgency to improve the percentage of Kentuckians with degrees from two-year and four-year institutions, an area where we currently lag the rest of the nation. Rep. Tipton’s efforts are a total win-win.”

Kentucky’s current corrections budget is 633,785,800, making it one of the largest state expenditures.