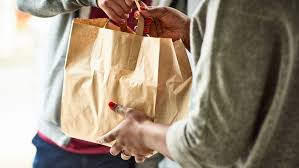 WASHINGTON, D.C. — The National Restaurant Association offered up seven public policy tenets in collaboration with delivery aggregators that are being billed as a “framework” for the delivery industry.

Delivery services, such as Grubhub and Doordash have faced challenges from several states and cities that have instituted caps on the fees that can be charged to restaurants.  In most cases, those commissions charged by the company have been reduced to 15 percent from a 30 percent threshold.