Home » Commentary: A call to action — save historical horse racing and the health of state’s racing and breeding

We believe and assume that most people reading this letter know that Historical Horse Racing (HHR) has been in the news a lot lately. But to quickly summarize, the KY Supreme Court officially ruled that it would not rehear the case where it ruled, in principle, that at least certain HHR machines could not continue UNLESS the Kentucky Legislature provides legislation to allow HHR to qualify as pari-mutuel racing per the definition they alone can provide.

This is an urgent issue, as HHR has helped make Kentucky a premier year-round racing circuit and has helped add further to the significant economic impact racing and breeding have for the state of Kentucky. 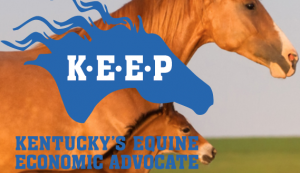 This urgency became even more apparent when Keeneland and the Red Mile halted operations at their HHR facilities due to the ruling.

Again as a quick summary of the facts: HHR’s impact on the Kentucky industry has allowed Kentucky to compete with neighboring state tracks that were padding their purses with casino money, and eventually set Kentucky apart from competing states by creating a magnet that is drawing horse operations from around the country to the Commonwealth, and allows those already established here to remain economically feasible. HHR alone contributed $36 million to racing purses in 2019 alone, and it is growing annually. Direct taxes to the Kentucky general fund total over 52 million to date and are growing annually IF HHR is permitted to continue.

HHR facilities directly employ 1,400 people and pay $45 million in annualized direct payroll and benefits alone. Additionally, the racetracks pay $100 million in state and local taxes each year. HHR has contributed millions of dollars annually to thoroughbred and Standardbred breeders and non-race breeds, as well as other state programs like the U of L Equine program, the Higher Education Fund, and the Drug Research Fund. With incentive structures in Kentucky that benefit breeders, trainers, and owners who keep their horses in Kentucky, HHR is responsible for the positive growth in the health of the industry and in part the industry’s relatively healthy $5.2 billion economic impacts on the Commonwealth, and employment of nearly 60,000 people, ALL of whom also pay taxes.

A successful racing circuit in Kentucky has a trickle-down effect far beyond the racetrack, and benefits breeders, feed and bedding suppliers, tack and equipment dealers, van companies, veterinarians, farm staff, blacksmiths, owners, trainers, and so many others in communities throughout Kentucky, particularly those in the hospitality industry which relies heavily on visitors to the state.

Doug Cauthen is chair of the board and Elisabeth Jensen is executive vice president of the Kentucky Equine Education Alliance.